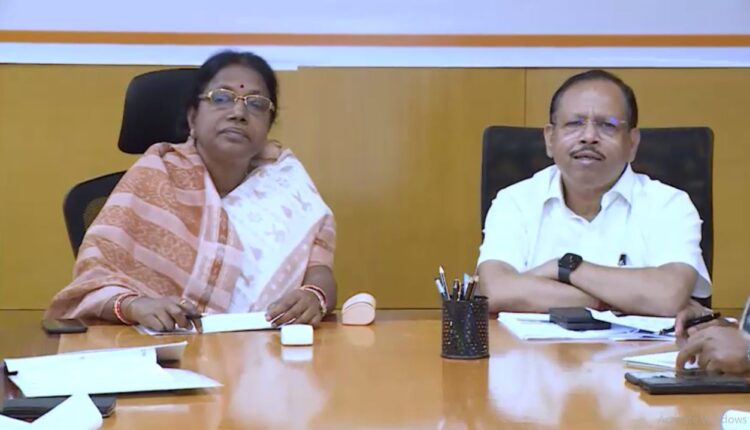 Bhubaneswar: Special Relief Commissioner (SRC) PK Jena today said the next 24 hours will be crucial for Odisha which is now witnessing a flood situation due to heavy flow of water in Mahanadi and other rivers.

The flood situation may continue for the next four days, Jena added.

“Two breaches in the embankments of Mahanadi river system were reported yesterday (Tuesday). Another two breaches were reported today (Wednesday). The state is witnessing floods in several districts simultaneously after 2011,” Jena said.

The SRC, however, claimed that floodwater flow in Mahanadi through Mundali near Cuttack has gone down by 17,000 cusecs by Wednesday morning. However, it is expected that around 9/10 lakh cusecs of water will pass through Mundali tomorrow (Thursday), he said.

The SRC further revealed that Jagatsinghpur, Puri, Cuttack, Khurda, Jajpur and Kendrapara districts have been affected by the recent floods.

“The state government has deputed additional teams of NDRF, ODRAF and Fire Brigade personnel to the flood-affected districts. The collectors of Keonjhar, Bhadrak and Jajpur have been asked to maintain high alert as Brahmani and Baitarani river basins are expected to receive rains in next few hours,” Jena said.

The SRC also said the state government has asked the Health department to store adequate number of anti-venom kits in the flood-affected areas.

Revenue Minister Pramila Mallick said the state government has asked the administrations of the flood-affected districts to shift people from vulnerable areas to safer places. “As per the assessment, we are now facing a medium-level flood. We have taken steps to provide cooked food to the affected people. Steps are also being taken to fix breaches in the river embankments,” she added.