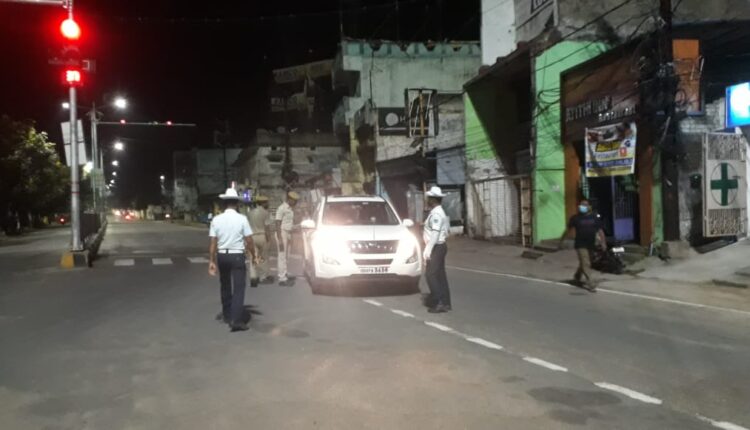 Malkangiri: With an aim to curb spread of wily Covid virus, the Malkangiri district administration today ordered for night curfew across the district from 9 PM on March 23, 2021.

In an order, Malkangiri District collector Yeddula Vijay stated the night curfew duration is 9 PM to 6 AM. The district administration will impose the night curfew till midnight on March 31, 2021. The movement of individual will be strictly prohibited during the night curfew, the order added.

Also, congregation for celebration of Dolayatra and associated religious and cultural congregations will not be allowed in public place throughout the district, it stated.

However, religious rituals in temples in the district will continue as usual with strict adherence to Covid protocols. Considering local conditions, entry of devotees into temples and celebrations in temples and religious place will be allowed.

Only 50 participants will be allowed during Dola Melans. Similarly, Holi on March 28 and 29 and their related rituals will not be allowed in public places in the district, the order mentioned.

People in the district are advised to celebrate Holi at their house and not in public places.

During Badayatra celebration and associated religious and cultural congregations maximum 200 persons will be allowed.

The district administration prohibited open air theatres, Jatra, Dasia nata and local cultural programme. The CDMO was asked to provide thermal scanners at the Badayatra site to ensure no suspected case of Covid-19 are allowed into the yatra.

The district administration further said action will be taken against violators under Section 51 to 60 of Disaster Management Act 2005, the Epidemic Diseases Act 1897 and Section 188 of IPC and other legal provisions.