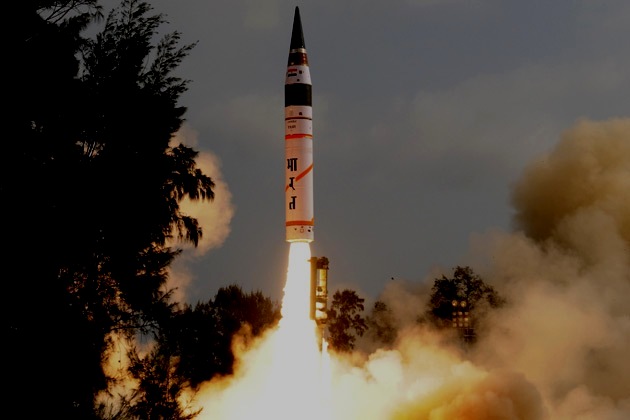 The surface-to-surface ballistic missile was launched by the Strategic Forces Command of Indian Army from Dr Abdul Kalam Island off the coast near Dhamra in Bhadrak district.

The test was carried out successfully. This was a routine user trial and conducted at night, sources said.

The night trial of the ballistic missile with strike range of 700 km was first conducted in April 2014.

The 15-metre-long missile can carry payloads up to 1000 kg and has a specialized navigation system which ensures it reaches the target with a high degree of accuracy and precision.