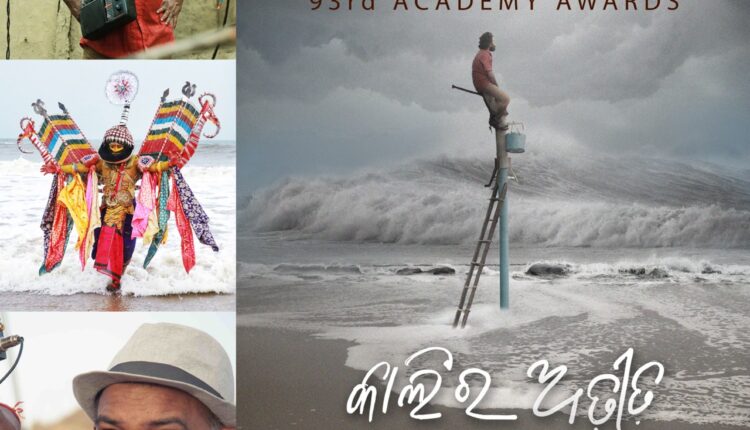 Mumbai: While people are more open to films on serious and hard-hitting subjects now, filmmaker Nila Madhab Panda feels the Indian audience still needs to be more accepting towards documentaries.

Panda has submitted his Odia film “Kalira Atita” for the Oscars and the film will also have world premiere at the 28th Prague International Film Festival next month. The film is about villages being consumed by the sea.

“We have been habituated to a certain kind of cinema. We have all grown up watching Bollywood cinema or regional cinema where everything is larger than life. So, who will be interested in my film that shows plants and trees and is about the sea eating a village? Our audience is habituated with sound, music, larger-than-life stars and sets,” said the filmmaker.

“Documentaries don’t work here. With OTT, people have gradually started watching documentaries. Nevertheless, I thought let me create a character that is emotive. I wanted to show the emotional angle to what climate change can do to a person,” added the filmmaker.

The filmmaker, who shot to fame directing “I Am Kalam”, adds that he went to great lengths to make his new film as authentic as possible, within the budget he had.

“In 2006, I saw a picture of a lone hand pump that was on the coast of Bay of Bengal. It was a front-page article in a newspaper. I was shocked to see this and was curious to know more. Then I came to know that four out of seven villages in that area had gone under the sea by 2006. You could see remnants of the villages in the sea. There were muddy houses and half school buildings that were left,” said Panda.

“They said it is perennial growth, the sea is coming towards the land. Then the British High Commission and Discovery channel offered me a fellowship and I made my first documentary on the impact of climate change in India. There was a lot of acceptance and arguments. But I followed the village story. By 2019, I saw that all the villages were in the sea. There was no human left there. I realised that this story needs to be told to the world because this was actually happening,” he added.

“I brought a character into the story who has lost his family to the sea. I went a little philosophical with this character. The toughest part was creating a set. I don’t have money to make this set. So, this meant crossing two rivers, one of which is crocodile infested, to get to the area where we shot,” panda recalled.

“Once we crossed the rivers, we had to walk for 12 kilometres. We made 70 (makeshift) cottages and brought generators, food and water for 30 to 40 days. We all stayed there for 30-40 days and shot. It was very dangerous. The way you see the film, that’s how it was shot,” he added.

The film has premiered in the Indian Panorama section of International Film Festival of India (IFFI) last month.