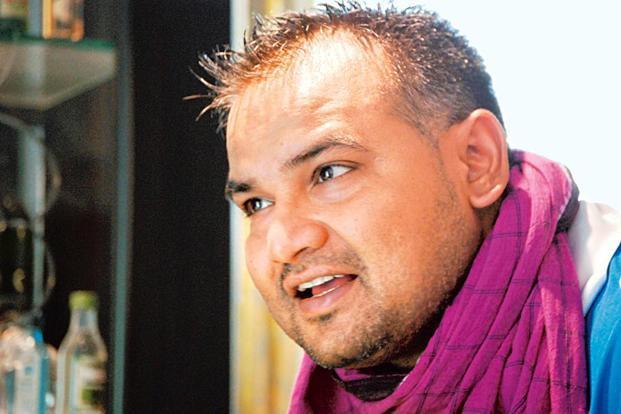 Taking strong exception to a report titled ‘Odisha govt’s credo: Sarkaar ka Maal, Dariya Mein Daal’ published on this portal on April 6, 2015, eminent filmmaker Nialamadhab Panda has refuted some of the points made in the report.

Referring to the passage questioning the transparency of the process through which his firm Eleeanora Images Pvt Ltd was selected for the award of a contract worth Rs 5.85 crores for production of audio-visual content for a’public awareness campaign’ by CESU, the state government-owned power utility, Panda said;  “If you would have simply tried to have a look at the relevant documents pertaining to this project, you would have realised that everything about this project has been 100% transparent and legal right from the word go. The grandiosely named committee that you refer to, is an absolutely legal one, representing not only CESU, but almost the entire Power Sector of Odisha, and the tendering process was done following the QCBC Model, and Eleeanora Images was shortlisted entirely on an L1 basis. In fact, I’d like to inform you that not only the largest of agencies from within Odisha, but some of the leading national level agencies had also participated in this nation-wide open bid. All this document and process you may ask from the department.”

In his response to the point made in the story about CESU not having any record of the material produced and disseminated by Eleeanora though it had already forked out Rs 3.88 crore of the total payment of Rs 5.85 crores, the filmmaker said; “Agreement between my organisation and CESU clearly mentions that the final deliverables shall only be handed over to CESU post receipt of the final payment, which is yet to be made. Which is why, while all deliverables have been contractually produced and released all over the State-wide Media, the copies of the final ‘Deliverables’ are still with my Agency (along with all rights), and they have not yet been handed over to CESU, which will only happen once we receive our final payment, which is due shortly. So basically, this is what ‘Not available with CESU’ means, rather than anything else as portrayed in such a derogatory manner by your article.”

“And of course, one should have asked the channels and news papers,” he adds for good measure.

Voicing strong objection to the point about the Naveen Patnaik government’s ‘benevolence’ in awarding his firm a second contract worth Rs 2 crore for a film on Nabakalebara to his firm, Panda said; “If your team would have persisted to discover the truth, they would have again found out that the project is not for 2 Crore, but for 78 Lac only and that the QCBC Model was again followed in this case, and I was awarded the project only because I was L1. You may verify with the concern (sic) department.”

Maintaining that the ‘false, hateful and damaging article’ had caused him ‘intense agony, pain and hurt’, the filmmaker has asked for an apology from OST.

While we do understand the hurt and agony that the said article may have caused Mr Panda, we would like to make a few points too.

First, all the questions asked in the article were addressed solely to the Naveen Patnaik government and therefore any rejoinder or repudiation of any of the points made in the report should have ideally come from it. Nowhere does the article say that Mr Panda lobbied or pulled to strings to get the two projects from the state government.

You make the point that the Committee on Odisha Power Sector Campaign is ‘an absolutely legal one’. But where exactly did we claim it was ‘illegal’? If the contract to Eleenora was given through a transparent bidding process, the government should have made the details of the process public without waiting for an RTI query.

All that we had said in this context was; “The reply, however, does not make it clear whether this grandiosely named committee was ‘constituted’ only for this purpose or is a permanent body. Nor does it reveal if there were others who were also considered before the committee zeroed in on Panda.” We believe it is a perfectly legitimate question to ask since public money is involved. If the process was fair and transparent, the government should have come out with the details.

As for Mr Panda’s contention that the copies of all the campaign material developed by his company was with him and not with the government because the “Agreement between my organisation and CESU clearly mentions that the final deliverables shall only be handed over to CESU post receipt of the final payment, which is yet to be made,” we think it is an extraordinary agreement which is at complete variance with other projects, including film projects, awarded to private parties where payment is made in instalments ONLY on delivery of the material. If the government made an exception to its own rules in Mr Panda’s case, it must clarify the special circumstances that warranted acceptance of such an unusual condition.

As for your advice to us to ‘ask the channels and newspapers’ which aired/published the campaign material, you certainly don’t expect us to go around verifying 260 TV spots on five channels, 2560 radio spots on two FM stations and AIR and 15 insertions each in three leading dailies, besides 56 hoarding, 5, 000 wall paintings, 1000 road shows and 5000 school shows. Even if we had the means, why should we? Since the government is spending public money on it, it should be having the records to show that these materials were indeed produced and disseminated. If it has not no record, it must explain why it does not.

The point made by Mr Panda about the contract for the Nabakalebara film being worth Only Rs 78 lakh and not Rs 2 crore as suggested in our report is well taken. We readily admit that we should have been more careful about the amount before carrying the story. We are ready to say sorry on that count and also for any hurt that it may have caused you. But we are afraid that cannot be extended to a general apology for the whole article.

We promise we will heed your advice and find out all about the two contracts and bring them to light.