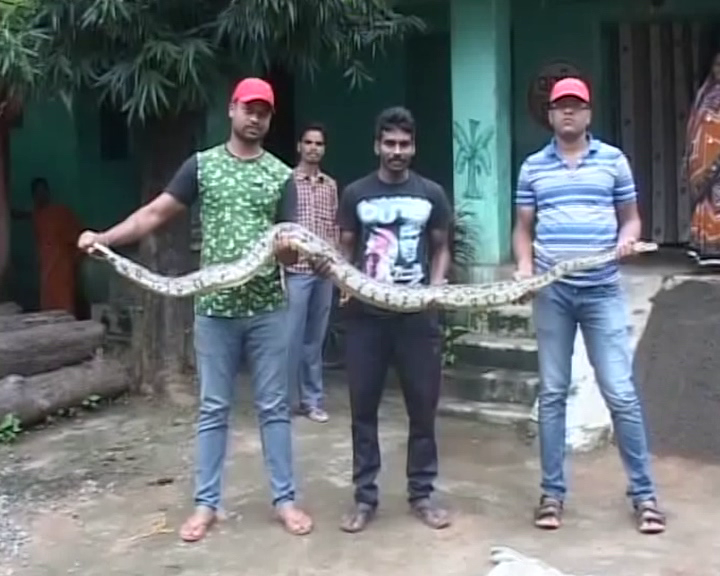 A nine-feet-long python was rescued from Dangaguda here in Odisha’s Koraput district today.

According to reports, the reptile weighing 19 kg was spotted inside a house following which locals informed the snake helpline about it.

Members of the helpline rescued the python after hour-long effort and handed it over to the Forest Department.

The snake was later released to dense forest, sources said.

Parala king to be brought to Odisha capital for treatment