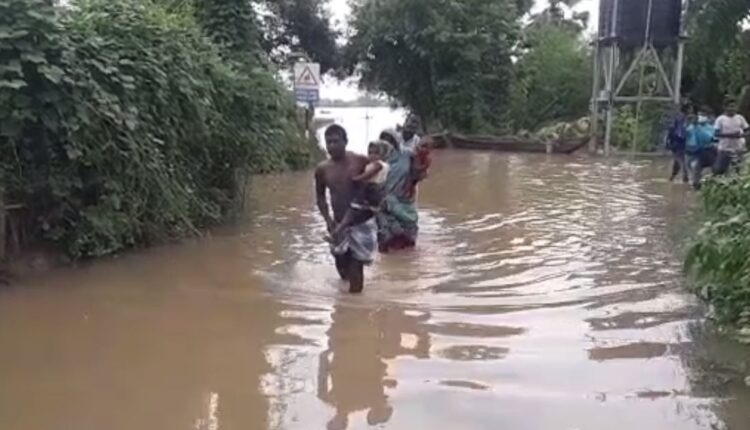 Elaborating about the human casualties in the State, Jena stated three died in Kendrapara district, two in Jajpur and one each in Khordha, Ganjam, Keonjhar and Subarnapur.

Two persons have been missing and the district administrations are carrying out investigation to find out the details, the SRC added.

As the low pressure caused heavy rain in neighbouring Chhattisgarh, there was inflow of 8,20,457 cusec water in Hirakud Dam till 12 PM. The dam authorities have opened 28 gates to release excess water.

It is expected 8 lakh cusec water will pass Munduli on Saturday morning. The peak flood will pass Kendrapara and Puri districts in the night hours of the same day, the SRC stated.

As a precautionary measure, 30 ODRAF teams, 6 NDRF teams and 10 Fire service teams have been deployed in six districts of the State.

The SRC said after assessing the situation, decision on opening of more gates of Hirakud Dam will be taken.