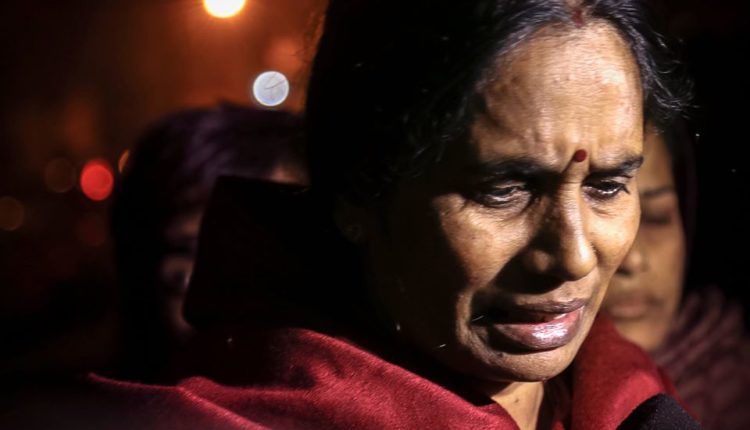 New Delhi: The mother of the Nirbhaya gang rape victim alleged on Friday that the lawyer representing the four convicts on death row had allegedly bragged that their hanging would never take place.

Asha Devi’s statement comes in the wake of the Nirbhaya convicts’ hanging being put on hold yet again.

The four death row inmates, convicted for the brutal gang rape and murder of the 23-year-old victim, were originally sentenced to be hanged on January 22 but it was postponed to February 1. With the execution being put on hold yet again on Friday, Nirbhaya’s mother broke down outside the Patiala House Court here.

Wailing in agony on the court premises, Asha Devi swore to continue to fight for her daughter’s cause and said she would not rest till the four convicts are hanged.

The four convicts who were to be hanged on Saturday, received a reprieve after their hanging was deferred till further orders by a court.