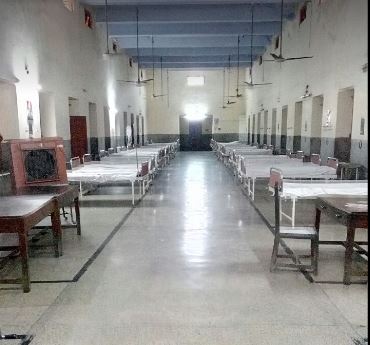 Kanpur: Yet another case of Tablighi Jamaat members, admitted to a hospital here, misbehaving with the hospital staff has come to light.

The Jamaatis admitted to Lala Lajpat Rai Hospital in Kanpur, have allegedly refused to take medicines and have misbehaved with the medical staff, prompting the authorities to remove female staffers from there.

Aarti Lalchandani, a senior doctor at the hospital, said, “Our team is engaged in providing healthcare services to those admitted here. They were told not to spit in the hospital, but they refuse to accept our instructions. They spit on their hands and then touch staircase railings. They also misbehaved with the doctors.”

They are also demanding non-vegetarian food and refusing to eat rice, ‘dal’ and paneer given to them. They also demand good clothes and better facilities.

“However, with police intervention, the situation has now come under control,” she said.

Six of the 22 Jamaati members have tested positive for Coronavirus, Chief Medical Officer Ashok Shukla said. All 22 were admitted to the hospital on Tuesday and Wednesday.

They are among the thousands who attended a religious congregation at Tablighi Jamaat’s New Delhi headquarters, now being seen as a Coronavirus hotspot.