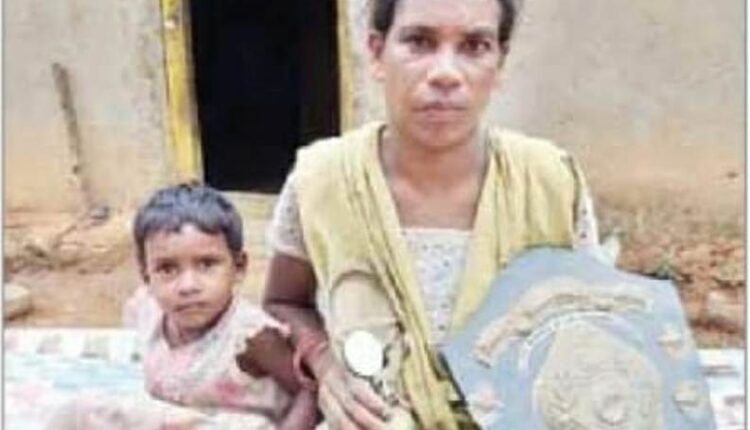 Jharsuguda: At a time the when India is celebrating the National Sports Day today and honouring sportspersons, a national-level woman football player from Odisha’s Jharsuguda who represented the State on several occasions is eking out a living by goat rearing.

The woman football player, Tanuja Bage, who once reserved a berth in the national football team for her quality play from 2003 till 2011, is leading a miserable life along with husband, Mahani Kandara, and two children. She is living along with her family in a dilapidated hut built on a patch of government land at one end of Debadihi village in Jharsuguda.

Bage played four matches as the goalkeeper of the national football team till 2011 and won accolades. She also represented Odisha thrice at the national level rugby championships.

Odisha: Labourer gets tax notice for bank transactions of Rs…

For sustenance Bage these days is taking goats of other villagers to forest for grazing while her husband works as a daily wage labourer.

But she is yet to receive any assistance from the Odisha government. All her requests fell on deaf ears even though she approached several government officials for help.

Last year the Sports and Youth Affairs Department had assured her to provide a job, but the promise is yet to be fulfilled. Railways and Nalco’s assurances for help are yet to be executed in letter and spirit, Bage said.

Adversity of pandemic opens an opportunity in capital market