No entry for Subrata Roy in Odisha city, Sec 144 clamped 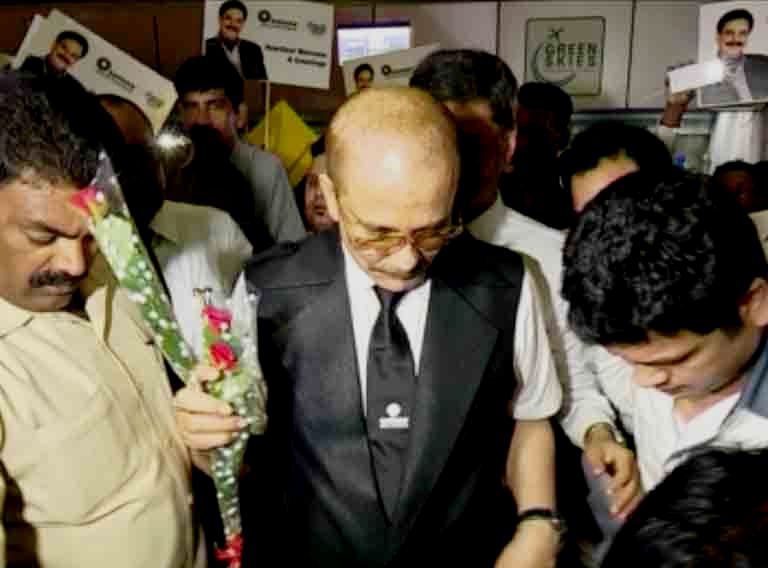 The district administration today imposed prohibitory orders in and around the Barabati Indoor Stadium in Odisha Cuttack ahead of Sahara India Group chief Subrata Roy’s visit to the city.

The administration clamped Sec 144 of CrPC in the stadium area and asked the congregation to vacate the area apprehending trouble.

Twin City Commissionerate police made the announcement with the help of megaphones. With this, the event to be organised today was cancelled, sources said.

“We received intelligence inputs that some elements that are affected by chit fund scam may stage a protest and create trouble at the venue leading to law and order situation. As you know that several people were the victims of chit fund scam in the state, Cuttack DCP passed the prohibitory orders considering the local conditions. Subrata Roy has been issued a notice asking him not to enter Cuttack,” Twin City Commissioner YB Khurania said.

Earlier in the day, the Commissionerate Police had asked the Sahara chief to produce the parole. The apex court, however, has not set any restrictions on his movement across the country.

“I am very happy to be in this beautiful city Bhubaneswar. It is very unfortunate that I could not meet around 3000 Pariwar members in Cuttack.  We had permission but at the last moment Section 144 has been imposed. I must appreciate Bhubaneswar Police of all levels, upto highest level who were all so nice to us and took care of us. As we learnt from Police that some forum has threatened to do agitations and they shall try to disrupt our meeting in Cuttack. Police administration very rightly took the decision otherwise our 3000 youths would have lost their temper and could be a big law and order problem. As responsible citizen we should co-operate Police administration for maintaining peace. I shall definitely request Forum people to remember the truth, that good can never be compared with bad. It is pertinent to note, that Sahara’s financial services neither was nor is in any chit fund business. As I am asked not to meet media.  So I am deprived of meeting my media friends,” Subrata Roy said in a statement.

Meanwhile, security has been tightened at a private hotel in Bhubaneswar to avoid any protest or untoward incident.

The ‘Saharasri’ reached the capital city yesterday evening to address a gathering of Sahara India employees and agents’.

Subrata Roy was accorded warm reception at the Biju Patnaik Internation Airport (BPIA) after which he was escorted to a hotel in the city.

Around 3500 people were expected to attend the conference.

Notably, Subrata Roy is behind the bars in Tihar jail since March 4, 2014. The Supreme Court in May first week this year, had granted four weeks parole to Roy to attend the funeral of his mother. Later, the court extended the parole till July 14, which was set to expire on June 4.

NIF to make entrepreneurs out of KISS students

June will be crucial in fight against COVID-19: Odisha CM