No hearse at CHC: Man carries daughter’s body on bike in Odisha’s Koksara 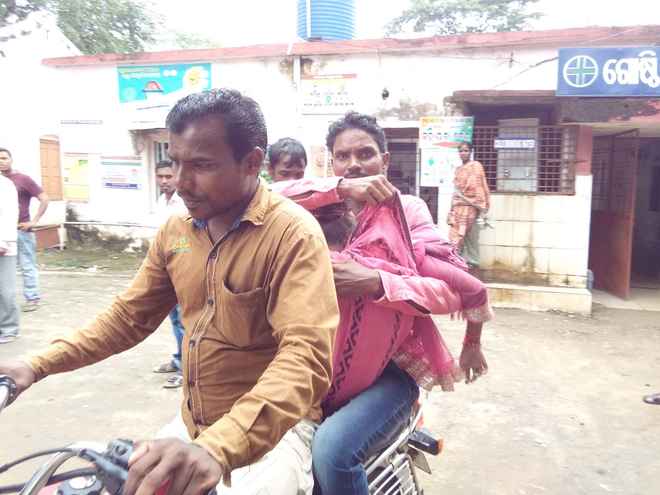 In clear violation of Odisha government’s new guideline for transportation of bodies of the dead announced two days back, a person had to carry the body of his dead daughter to his village pillion riding on a relative’s motorbike from the Community Health Centre (CHC) at Koksara in Odisha’s Kalahandi district in absence of a hearse or ambulance.

According to reports, 10-year-old Rima of Thelkomunda village in Ranmal panchayat under Jaipatna block, a student of class V had developed fever on Thursday. Her family had taken her to a quack for treatment.

As her condition deteriorated her father Dayanidhi Kar on Friday had taken her to the CHC for treatment using 108 ambulance services.

However, she was declared brought dead by the medical officer at the CHC.

Since there was no hearse or ambulance facility available at the CHC, a helpless Dayanidhi carried his daughter’s body on a relative’s motorcycle pillion riding to his village.

“She had died before reaching the hospital,” said Siba Prasad Acharya, medical officer at the CHC while adding that the hospital didn’t have a hearse.