No ‘misunderstanding’ between Odisha-Punjab on Mangu mutt issue 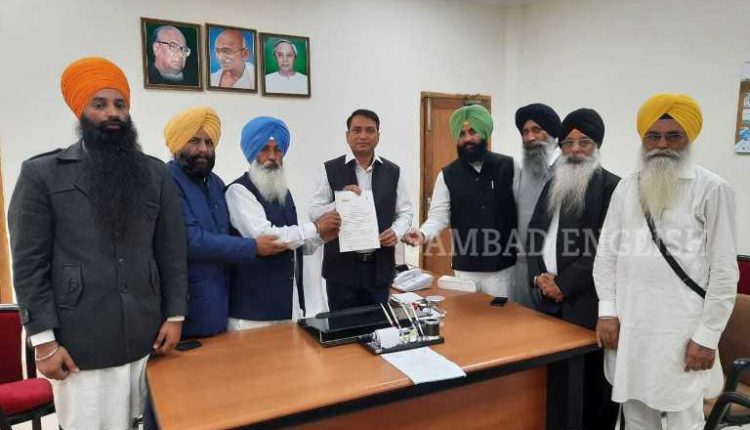 Bhubaneswar: A day after a massive protest was held here over demolition of Sikh mutt complexes in coastal town Puri, a delegation of Punjab MLAs visiting Odisha said on Monday there was no “misunderstanding” between the governments of the two states on the matter.

Legislator Simarjeet Singh Bains, who led the delegation, said the Odisha government gave assurances that it would renovate the mutts once the eviction drive around Shree Jagannath Temple was over.

The mutts, however, would be devoid of the sprawling complexes, which had earlier housed restaurants and shops.

“There is no misunderstanding between Odisha and Punjab over mutt demolition. The state government of Odisha has assured us that it will renovate the Punjabi mutts after the eviction drive is completed,” Bains told reporters after a meeting with Odisha Minister of State for Home D S Mishra. The minister was not available for comment.

Scores of Sikh community members took out a march here on Sunday to protest against the demolition of three mutt complexes by the state government as part of its beautification drive in Puri.

Prominent among the three was the Mangu mutt, which draws hundreds of devotees round the year.

The two-storey complex, constructed over 100 years ago, was declared unsafe by the Puri administration a decade ago. It housed a hotel, nine shops and a restaurant.

Punjab Chief Minister Amarinder Singh had in September appealed to his Odisha counterpart Patnaik not to raze the institutions associated with Guru Nanak Dev.