No more night curfew in Karnataka; schools to reopen from Monday 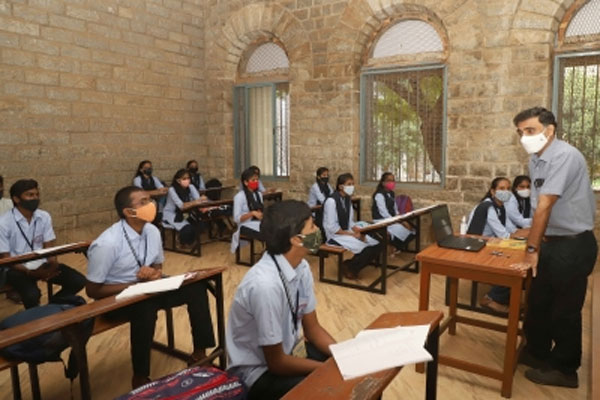 Bengaluru: The Karnataka government on Saturday lifted most of the restrictions in the state following the high-level meeting with Covid experts. Revenue Minister R. Ashok announced that the government has decided to end the night curfew from January 31 onwards. He further stated that the 50 per cent cap on seating capacity in pubs, restaurants, bars, meeting halls has been withdrawn.

Minister for Education B.C. Nagesh stated that schools in Bengaluru from Class 1 to 9 which had been closed in the backdrop of Covid third wave, will reopen from Monday. “All Covid appropriate behaviours and SOPs will have to be followed by schools. If any student tests positive, that particular classroom will be sealed and the school will function normally. All students of that particular class would be tested,” he explained.

“Concerned DC will take decision on closing the class or school depending on the cases for three days or five days. All public institutes of learning have been allowed to function by following Covid guidelines in the state,” Minister Nagesh stated.

Minister for Tourism Anand Singh has stated that all tourist spots including safari will be open for tourists.

However, the seating cap in theatres, malls, gyms and swimming pools will remain for 50 per cent in the state. All government offices are allowed to function with 100 per cent staff from Monday onwards. The limit on the number of guests at marriage halls has been increased to 300 from 200 persons.

The government continued the rule of carrying mandatory negative RT-PCR reports for the people who come into the state from neighbouring states of Goa, Kerala and Maharashtra. It also continued prohibition on religious fares, protests, and rallies in the state.

The government has also lifted restrictions on places of worship. Permission has been granted to conduct special pujas at temples. Open meeting places are also allowed to function with full capacity.

[Watch] Salman Khan’s ‘Dance With Me’ track out now

Over 165 crore Covid-19 vaccines administered in India so far