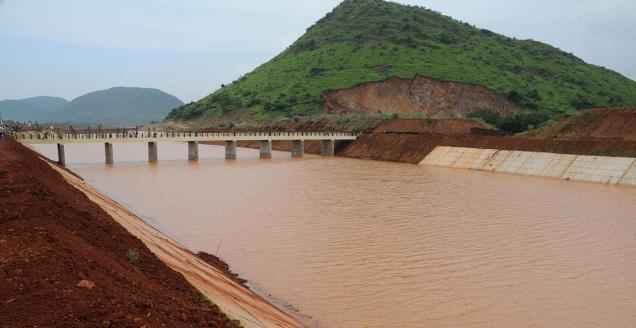 New Delhi: Centre today told the Supreme Court that there is no need for conducting another study on backwater of the Polavaram project.

As a similar kind of study was already carried out in 2011, it is not required to conduct another backwater study, Centre told the apex court while clarifying its stand on the controversial Polavaram project.

The court fixed November 15 for final hearing on the matter.

Centre’s reply on the project came a day after the SC on a petition filed by Odisha government directed the former to submit the backwater study report of the Polavaram project on Thursday.

Odisha in the petition claimed that the Central project is being carried out without environmental clearance.

The apex court on Thursday had asked the Centre seeking a detailed report on the project and its impact on Odisha, Chhattisgarh, Telangana and Andhra Pradesh.

Earlier, the court had served notice to the Centre and Andhra Pradesh on environmental clearance after Odisha opposed the project.