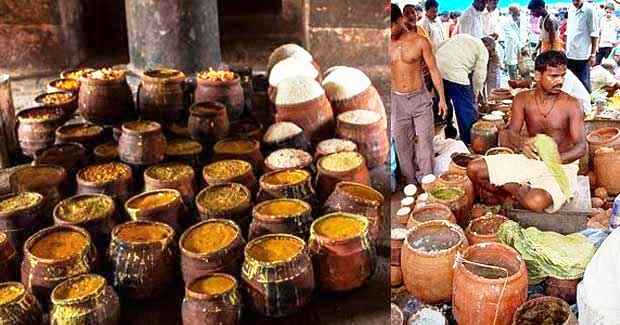 Answering queries from newsmen, Mohapatra said, “The rate chart might have been put up Suar Mahasuar Nijog. But neither I nor the temple managing committee has given approval to the same. The proposal is still under consideration.”

He further said the SJTA had asked the Suar Mahasuar Nijog to prepare a rate chart and submit the same for consideration. The rate chart hoardings, if there is any inside the temple, will be removed since no official approval has been given to the same, he added.

It may be mentioned here that the decision to introduce Thali system in Sri Mandir was taken at a joint meeting of SJTA and Suar Mahasuar Nijog held here on September 11. The move aims at avoiding overcharging of Mahaprasad.

Odisha: Video of cops eating ‘Mahaprasad’ with shoes on goes…