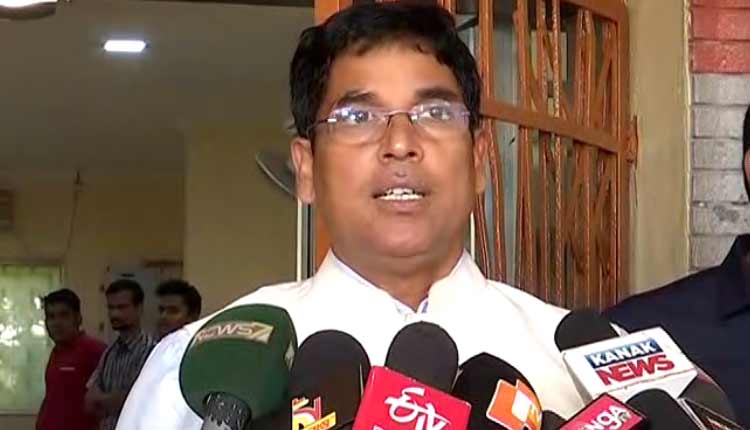 Bhubaneswar: The Odisha government on Wednesday said that it has no plan to merge its own farmers welfare scheme, KALIA, with the PM Kisan Yojana. Agriculture and Farmers Empowerment minister Arun Kumar Sahoo made this statement while replying to a question in the Assembly.

He said the eligible farmers will get Rs 10,000 per annum as financial assistance as announced by the state government earlier.

“Since the marginal and small farmers will get Rs 6,000 under the PM Kisan Yojana in three instalments, therefore those beneficiaries will avail another Rs 4,000 under the Kalia scheme during the year,” the minister said.

The Kalia scheme was launched by Chief Minister Naveen Patnaik on December, 2018.

Under the Pradhan Mantri Kisan Samman Nidhi (PM-KISAN) an income support of Rs 6,000 per year is provided to all farmer families across the country in three equal installments of Rs 2,000 each every four months.

Shedding its initial hesitation, the Odisha government had decided to be part of the Pradhan Mantri Kisan Samman Nidhi scheme, launched from Gorakhpur on February 24, 2019. Since then both PM-KISAN and Kalia projects are in operation in the state.

Sahoo said the government has identified as many as 45,965 ineligible beneficiaries who availed financial assistance under the Kalia scheme.

Steps are being taken to ensure that the ineligible farmers return the money they availed under Kalia programme, he said, adding that 1,863 farmers have so far returned the cash they received in their bank accounts.

While presenting the state budget in the Assembly on Tuesday, Finance Minister Niranjan Pujari informed the House that 43 lakh beneficiaries have received assistance under the scheme. A sum of Rs 3,195 crore has been allocated under the Kalia scheme for 2020-21 fiscal.

The Congress MLAs claimed that the Agriculture minister in reply to a question by party’s Kantabanji MLA Santosh Singh Saluja in the Assembly had said that the state government has provided financial assistance to 50,85,290 Kalia beneficiaries.

The Opposition members sought a clarification from the Finance minister about the discrepancy in numbers and details of the 7.85 lakh beneficiaries who have received the financial assistance.

“The government cannot explain the difference in number of beneficiaries because many people were given financial assistance more than one time and the list also included name of government servants in place of farmers,” Leader of the Opposition Pradipta Kumar Naik of BJP said.