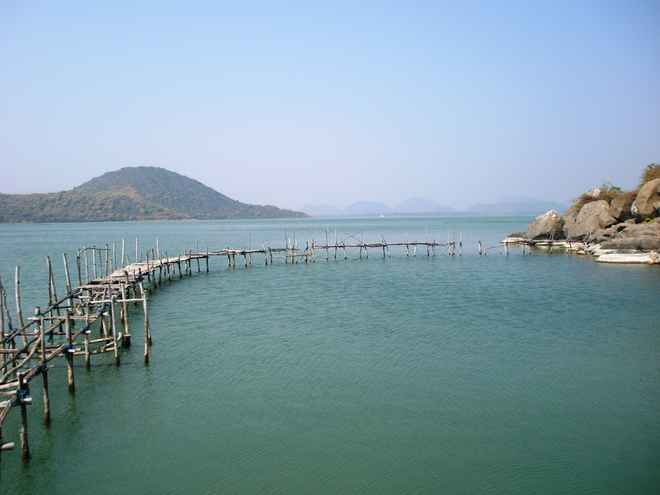 The Government of Odisha was quick to plan the country’s longest ropeway in Chilika Lake under the ‘Parvatmala’ scheme. Ten ropeway projects have been envisaged by the  Works Department, Chilika will have two – the longest 5.3 km from Prayagi Krushnaprasad Road to Kalijai temple and 3.34 km from Jhankikuda Road.

The potential impacts of the ropeway on migratory birds include degradation of nesting and feeding habitats. There is a possibility that some groups of birds will avoid the alignment area and move to other areas of the lake.  Generation of noise due to movement of ropeway will likely affect both migratory and resident birds; some birds may be attracted towards the ropeway for food.

The two designated ropeway routes planned by the Works department are directly in the flying paths of migratory birds.  As a Ramsar site, Chilika comes under the Wetland Conservation and Management Rule, 2017 and strict prohibitions for conversion for non-wetland uses apply. The rule says that wetlands should be conserved and managed in accordance with the principle of ‘wise use’ as determined by the Wetlands Authority.

Studies in New Zealand have confirmed of birds dying and getting injured by glass sided cable cars. The transparent windows of the cable cars are essentially invisible to birds, and collisions occurred as birds tried to fly through reflections. The Wellington Cable Car and Urban Wildlife Trust of New Zealand had to take measures to install markers to prevent bird strikes.

Tourism development, when introduced, impacts the lives and livelihoods of local communities and brings about several changes to the local environment. The development of tourism can have both positive and negative ramifications. While it may contribute directly to the economy by increasing government revenues and generating employment, it can also produce a multitude of adverse effects on the social, cultural and economic fabric of the landscape, and even have a severe impact on the ecology of the area.  The fragile ecology of the lake is already under stress. The construction of accommodation units, eateries, parking lots and public amenities for tourists will alter the landscape.

Earlier too, the Sea Plane project was scrapped after it had raised the hackles of environmentalists. The gaffe of putting up dinosaur statues in an Island a few years ago has too not been forgotten. The coastal highway alignment too needs to be changed. Indiscriminate use of power boats is sounding the death knell for the dolphins. Introduction of houseboats and floating restaurants which affect the delicate and fragile ecosystem of Chilika, which is already tethering on the edge. Ecologically sustainable plans to attract tourists should be undertaken, lest it will directly affect two lakh fishermen families and the biodiversity of the lake.

According to noted environmentalist Dr. Biswajit Mohanty, “Chilika attracts nearly a million waterfowl every winter.  The lake cannot be a mass tourism site as it would upset its fragile ecosystem. Birds are very sensitive to anthropogenic changes and setting up such aerial structures will impact them immediately. I urge the Chief Minister to drop this harmful project in the interests of our valuable bird life”.

Thousands of crores spent on media to shape me wrong: Rahul Gandhi