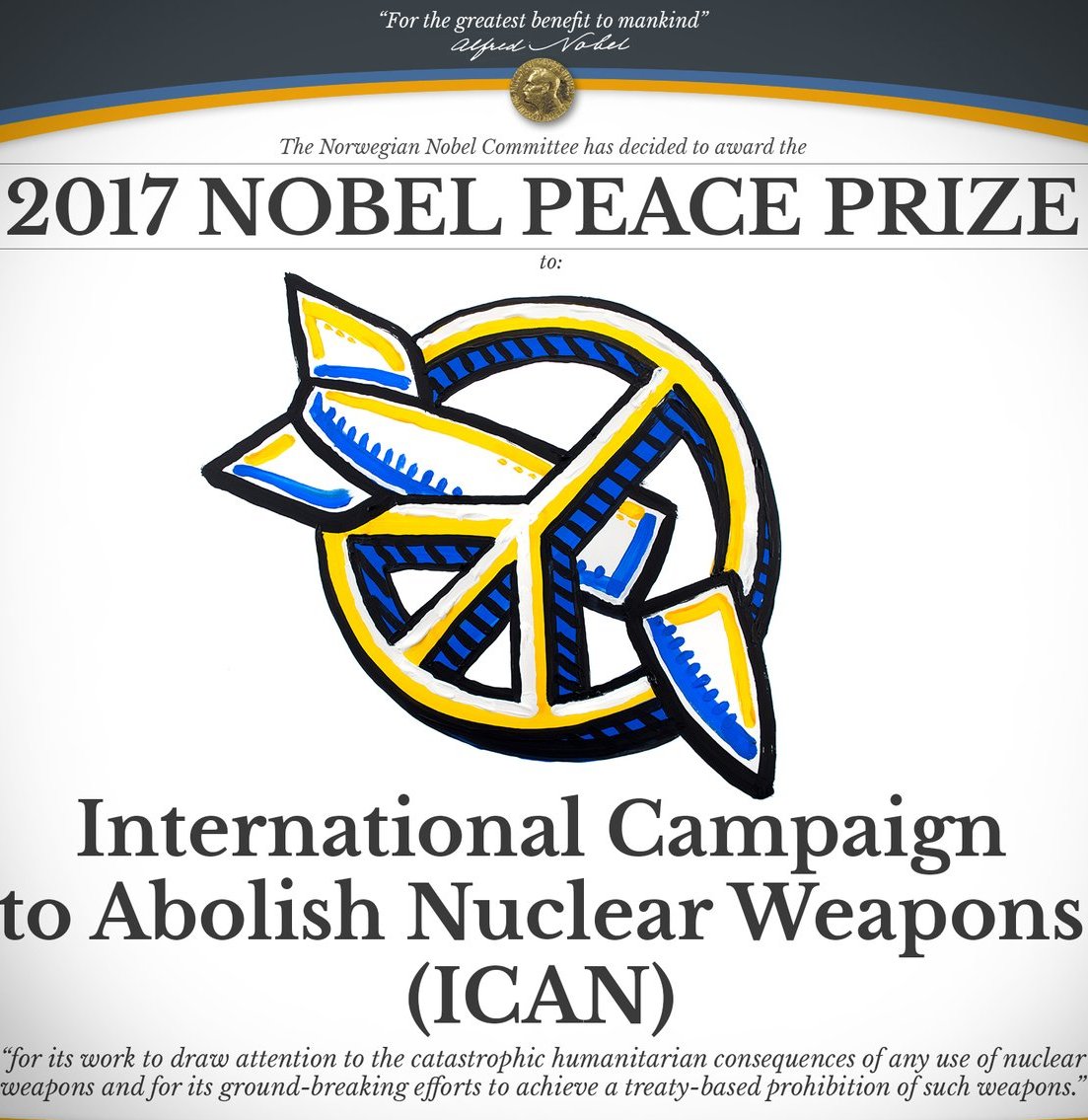 The chair of the Norwegian Nobel Committee, Berit Reiss-Andersen, said the award had been made in recognition of the group’s work “to draw attention to the catastrophic humanitarian consequences of any use of nuclear weapons and for its ground-breaking efforts to achieve a treaty-based prohibition of such weapons”.

“We live in a world where the risk of nuclear weapons being used is greater than it has been for a long time. Some states are modernizing their nuclear arsenals, and there is a real danger that more countries will try to procure nuclear weapons, as exemplified by North Korea.

“Nuclear weapons pose a constant threat to humanity and all life on earth. Through binding international agreements, the international community has previously adopted prohibitions against land mines, cluster munitions and biological and chemical weapons. Nuclear weapons are even more destructive, but have not yet been made the object of a similar international legal prohibition,” the Nobel Committee said in an official release.

The ICAN is a coalition of non-governmental organizations from around 100 different countries around the globe. The coalition had been a driving force in prevailing upon the world’s nations to pledge to cooperate with all relevant stakeholders in efforts to stigmatise, prohibit and eliminate nuclear weapons.

To date, 108 states have made such a commitment, known as the Humanitarian Pledge.