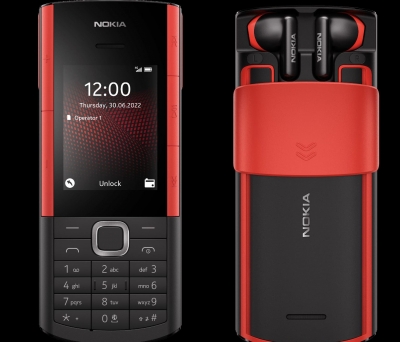 Priced at Rs 4,999, the new feature phone is now available on the company’s official website and will be available across all online and offline stores from September 19.

“Nokia 5710 XpressAudio is designed for music lovers and the millions of people around the world who rely on feature phones for daily communication and are experiencing the rapid 4G takeover of 2G and 3G networks,” he added.

The company claimed that the new phone comes packed with a 1450mAh battery that delivers hours of talk and playback time and lasts for weeks on standby.

The detachable wireless earbuds deliver on convenience and when they are not in use they are housed beneath a sleek and robust slider on the back of the phone, the company said.

It will also be compatible with your smartphone should you wish to switch between devices, it added.

The feature phone comes in white/red and black/red colour combinations.