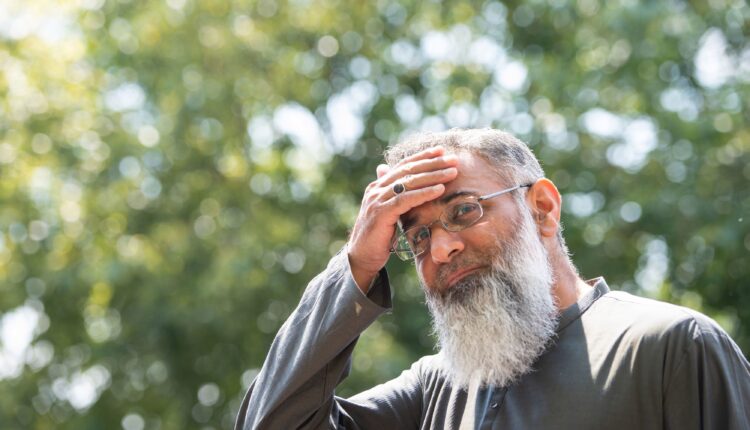 New Delhi: Britain’s most fanatical hate preacher is urging the Taliban that non-Muslims living in Afghanistan must pay a tax known as “jaziya”, often referred to as the “infidel tax”.

Anjem Choudary, 54, who inspired a generation of jihadi fighters and dozens of terrorist murders, also wants to ban music and mixing between sexes, and says non-Muslims should pay an “infidel tax”, the Daily Mail reported.

He has also urged the Taliban to impose a stricter form of Islamic justice, including stoning adulterers, chopping off the hands of thieves and lashing anyone caught drinking alcohol.

Any non-Muslims living in Afghanistan, he says, must pay the tax to ensure that they receive protection.

Choudary is urging the Taliban to change the name of Afghanistan to Islamic State, which is what IS called its territory once it declared a caliphate.

“There should be the removal of all borders and an invitation to all Muslims to become citizens of the new Islamic State with the aim to unite the Muslim land of the Indian sub-continent to begin with, to be the precursor of greater unity under the Khilafah (caliphate).”

His outpourings are included in an extraordinary 3,500-word treatise entitled Sincere Advice To The Leadership Of The Taliban.

In it, the firebrand cleric, from Ilford, East London, calls on Afghanistan’s new government – which has tried to project a more moderate image – to expunge all traces of Western culture and ban “useless pursuits such as music, drama and philosophy”, the report said.

Choudary, jailed five years ago for supporting the Islamic State terror group, was banned from speaking in public following his release. But the order was lifted last month, leaving him free to spread his hate.

Expressing his opinions on the encrypted social media network Telegram, Choudary appeared to suggest British and American forces were legitimate targets, urging Taliban fighters to point their guns at ‘occupying forces’ and anyone who ‘stands in the way of implementing the rule of Allah’.

And with world leaders beseeching the Taliban not to isolate Afghanistan, Choudary advises closing down the country’s embassies abroad, even in Muslim countries, and expelling the United Nations from Kabul.

Choudary says the Taliban must enforce strict sharia law, and run only sharia courts, getting rid of existing bodies such as high courts and supreme courts.

Only strict sharia punishments, including chopping off thieves’ hands and stoning adulterers – must be implemented.

He said: “The penal code or Hudood is the right of Allah to cut the hand off the thief, stone the adulterer, implementing capital punishment upon the apostate and lashing those who drink alcohol (all after due court process and evidence) must be implemented without question and hesitation.”

Puri Jagannath Temple to reopen for all devotees from tomorrow; Know guidelines