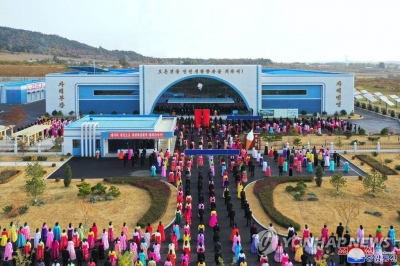 A ceremony was held on Wednesday to celebrate the construction of a “modern” ice cream production base in the centre of Taesongsan, according to the North’s official Korean Central News Agency (KCNA).

Jon Hyon-chol, chairman of the budget committee of the Supreme People’s Assembly, delivered a speech at the ceremony, stressing that the “project for improving the welfare of the people cannot be delayed regardless of how severe the hardships are”, Yonhap News Agency reported citing KCNA.

He added that the construction was completed within a short period of time thanks to “special measures” taken by leader Kim to speed up the project.

Taesongsan is a mountain at the edge of Pyongyang with major attraction sites, including amusement parks, swimming pools and a zoo.

North Korea has recently been dialing up efforts to improve its people’s livelihoods amid chronic food shortages and prolonged global sanctions.