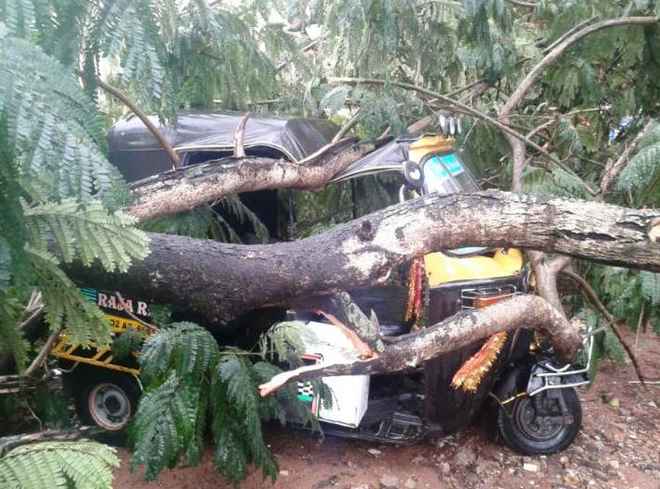 Nor’wester rains this afternoon brought Odisha capital to a grinding halt for over an hour as several trees were uprooted which blocked the roads affecting vehicular traffic.

An auto-rickshaw was damaged in Kalpana Square after a tree fell on it while it was parked at an auto stand.

Meanwhile, the Nor’wester has brought respite for denizens of Bhubaneswar who were reeling under intense heat wave for last two weeks.

Sand art on Odisha beach for ‘World No Tobacco Day’