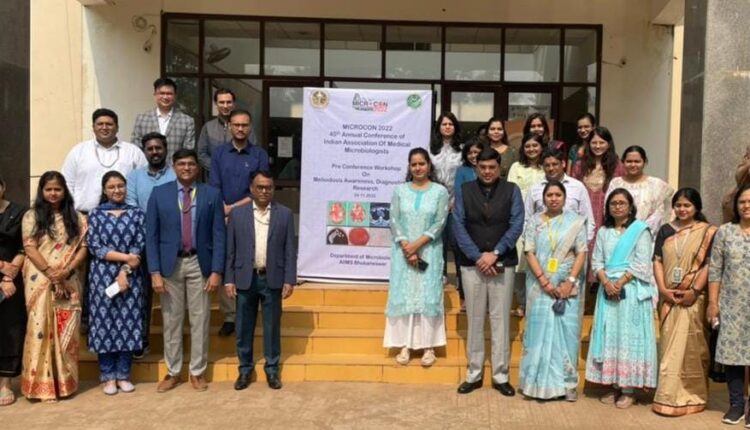 Bhubaneswar: Nor’wester and mass construction activities can cause infectious Melioidosis, experts stated at a workshop here in the city today.

In the form of sporadic occurrence in India, Melioidosis has now grabbed the attention of the medical community through its presence in Odisha too.

51 killed in nor’westers since April in Odisha

Melioidosis, the disease which is endemic in neighboring countries like Bangladesh and Sri Lanka, is caused by environmental Gram-negative bacterium, Burkholderia pseudomallei. The bacterium inherently present in the soil can be acquired by inoculation, inhalation and ingestion, with most of the cases presenting during monsoon and post monsoon, informed experts from different specialties in a hands on workshop on Melioidosis awareness, Diagnostics and Research jointly organized by Microbiology Department, AIIMS Bhubaneswar and KMC Manipal as part of the Pre-Conference Workshop series of 45th Annual Conference of Medical Microbiologists(MICROCON-2022).

Widespread construction activities, and Nor’wester wind (Kalabaisakhi) are also associated environmental factors of acquiring the disease by inhalation routes.  The disease, without an accurate diagnosis and treatment, can be fatal in more than half of the cases, said Prof P.R Mohapatra, DEAN-Head Pulmonary Medicine. Dr Prakash Sasmal, AddlProf. General Surgery Department sharing his experience added that over the last one decade of diagnosing and treating more than two hundred cases of melioidosis have been found here at AIIMS, with more than half of the cases from Khordha district. The KMC Manipal team headed by Prof.  Chiranjay Mukhopadhayay, the founder of Indian Melioidosis Research Forum. The Workshop was attended by participants from several states of the country. They were offered hands-on training on laboratory diagnosis of Burkholderia pseudomallei by various conventional, molecular and point of care serological methods, adhering to requisite biosafety precautions.