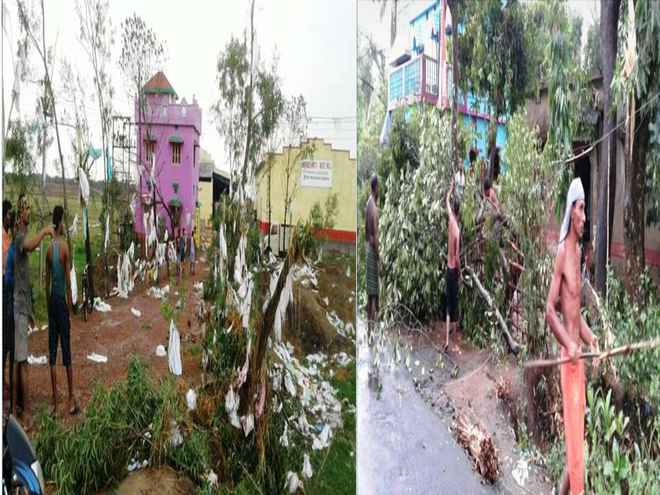 Nor’wester with a sudden whirlwind this afternoon caused extensive damage at Chagharia village in Kendrapara district of Odisha.

According to reports, the whirlwind devastated the area within five to seven minutes by uprooting several trees and damaging thatched houses in the village under Kendrapara block in the district.

One person has been injured in the incident and admitted to hospital.

Power supply has also disrupted in the area as electric poles have been uprooted.

Roof of an asbestos houses was ripped off in the heavy wind.