Not hiding from law, says Chidambaram at Congress HQ 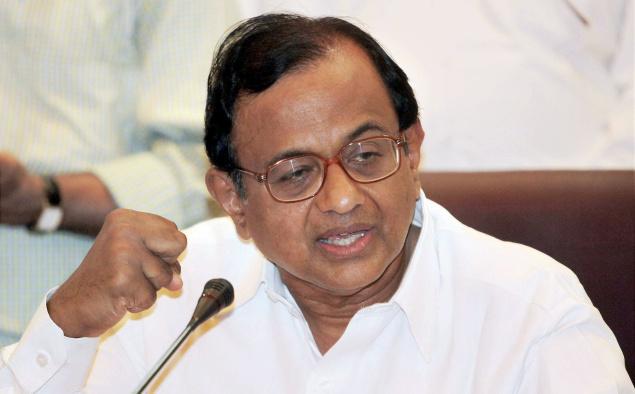 New Delhi: Senior Congress leader and former Finance Minister P. Chidambaram, who surfaced dramatically at the AICC headquarters Wednesday evening, said he was “not hiding from the law but seeking protection of the law”.

He said he would wait till Friday, when the Supreme Court had decided to hear his plea against his arrest.

“In the INX media case, I have not been accused of any offence, nor is anyone else, including any member of my family been accused of any offence. In fact, there is no charge sheet filed by either the CBI or the ED before a competent court. And statements recorded by the CBI does not impute to me any wrongdoing. Yet there is a widespread impression that grave offences have been committed, and my son and I have committed those offences.

“Nothing can be further from the truth. These are lies spread by pathological liars. When I was summoned by the CBI and then the ED to appear for questioning, I naturally sought interim protection against the arrest from the competent court. I was granted interim protection. I have enjoyed the interim protection for the last 13-15 months. The matters were finally heard.

“I was not hiding but I was working alongside my lawyers throughout the night and today to prepare the papers. We completed the task only this morning.

“My lawyers have told me that despite their impassioned pleas, the cases were not listed today, nor will they be listed tomorrow, but will only be listed on Friday. I bow down to the orders of the Supreme Court.

“Between now and Friday I shall walk with a clear conscience and my head held high. I shall respect the law even if it is applied with an unequal hand by the investigating agencies,” he said.

Following the press conference, he returned to his Jor Bagh residence.

On January 25, the Delhi High Court reserved order on Chidambaram’s bail plea in the case being probed by the Enforcement Directorate and the Central Bureau of Investigation (CBI).

The agencies had opposed Chidambaram’s bail plea, saying his custodial interrogation was necessary as he was evasive and had given false information during questioning.