In stead of Lord Ram, two drunk men set fire to the the effigy of demon king Ravana Maneswar in Odisha's Sambalpur district. 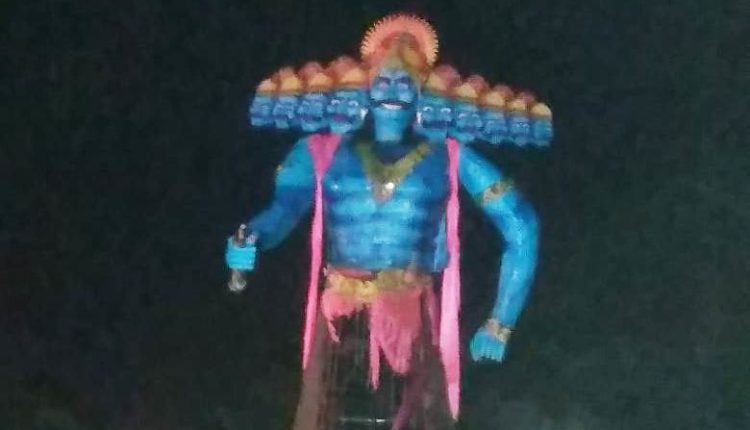 Sambalpur: In stead of Lord Ram, two drunk men set fire to the the effigy of demon king Ravana at a village in Odisha on the occasion of  Vijaya Dashami yesterday. Such a bizarre incident has been reported from Maneswar in Sambalpur district.

However, police have arrested one of two wrongdoers while another is absconding.

Sources said the Ravana Podi festival was scheduled to be held at Maneswar at 8 PM yesterday. However, two locals-Ajit Patra (40) of Maneswar and Satya Narayan Panigrahi of Mirgamunda village–reached the spot in inebriated condition at around 7 PM and set fire to the effigy. Almost half of the replica was charred in the fire.

Angry over the mischief, the organisers and locals caught hold of Ajit and bashed him before handing him over to police. However, his friend Satya Narayan managed to flee the spot. Meanwhile, the effigy of demon king was left half-burnt as the organisers did not conduct the ritual thereafter.

Today morning, around 50 villagers, including the organisers went to Sadar police station, registered a case and demanded immediate arrest of the other accused. The police registered a case in this connection and arrested Ajit for the wrongdoing.