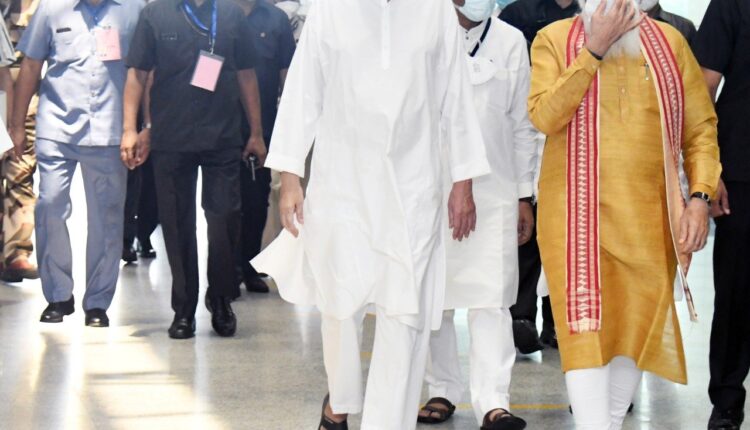 Bhubaneswar: In view of current crisis the country is facing due to COVID-19 pandemic, Odisha Government set an example for others seeking no immediate financial assistance from the Centre for the State ravaged by Cyclone Yaas.

As the country is at the peak of #COVID19 pandemic, we have not sought any immediate financial assistance to burden the Central Govt and would like to manage it through our own resources to tide over the crisis. #OdishaFightsYaas pic.twitter.com/1ScXEBp6LF

However, the State Government urged the Centre for long term measures for Odisha, which is facing natural disasters every year.

At the review meeting during PM’s visit to Odisha in aftermath of Cyclone Yaas, Patnaik apprised Modi about large scale devastation caused by the disastrous cyclone and steps taken by the State Government ahead of the cyclone as well as the ongoing restoration efforts in the cyclone-battered districts.

Speaking to media after the meeting, Special Relief Commissioner Pradeep Kumar Jena said, “We have not demanded any kind of assistance to the Centre for this year’s cyclone. The Union Government will be informed about the damage incurred in the State due to the cyclone after report submitted by the district authorities in a week.”

Prime Minister Narendra Modi today visited Odisha to review damages caused by very severe cyclonic storm Yaas that ravaged as many as 10 coastal districts on May 26.

Govt to provide monetary assistance through DBT under MDM scheme