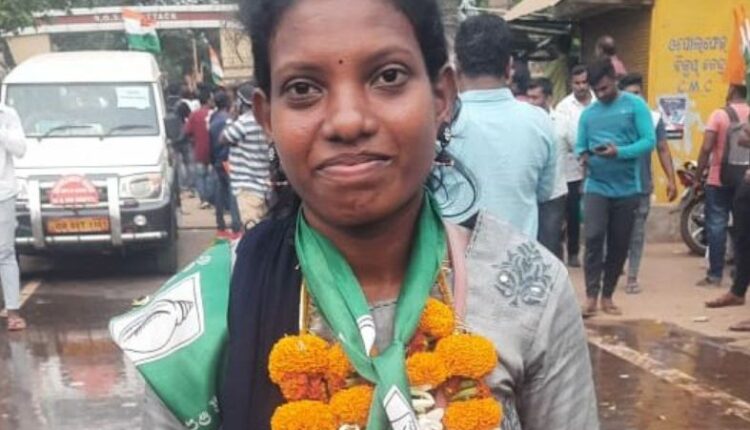 Cuttack: A notice issued by the Odisha Industrial Infrastructure Development Corporation (IDCO) regarding eviction of Cuttack Municipal Corporation (CMC) Deputy Mayor Damayanti Majhi’s house in the city has become a matter of concern for her.

Majhi, who recently earned accolades on becoming the youngest Corporator and Deputy Mayor of the CMC, resides at Balisahi Slum in Jagatpur area here with her mother. A pucca house for the girl is being constructed there after her appointment as the Deputy Mayor.

The IDCO has put up an eviction notice on the wall of her house. More than 20 families who reside in the slum have been asked to vacate the place by May 10.

The families have been residing in the locality for the last 40 years while IDCO served the eviction notice couple of days ago.

The decision of eviction has been taken for development of the industrial area on the land encroached by the slum dwellers, an official of IDCO said.

On the other hand, Cuttack Mayor Subash Singh said no eviction can take place in the city without the permission of the CMC.

Majhi, an M.Com student of Ravenshaw University here, had successfully contested the CMC polls and was elected as the Corporator of Ward No. 49 of the civic body.