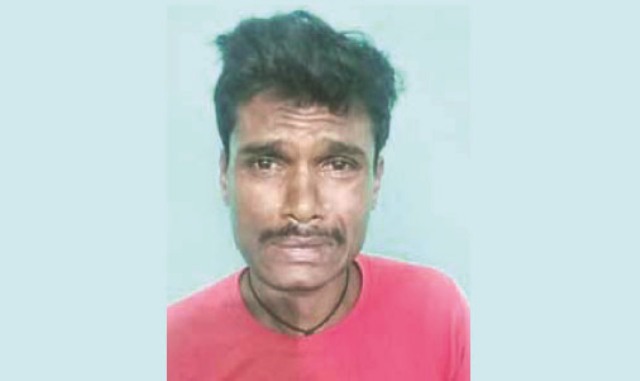 Cuttack: Forest officials have arrested a notorious elephant poacher involved in more than 20 tusker poaching cases in the state.

The accused has been identified as Babuli Mahalik (45), a resident of Durgaprasad village under Kanpur police limits in Cuttack district.

The officials also seized deer skins, antlers and guns from his possession.

According to reports, Babuli was the key accused in connection with two tusker poaching cases in Athagarh forest division two years ago.

Acting on a tip off, a special squad led by DFO Sasmita Lenka raided the residence of Babuli and nabbed him. During interrogation, he confessed to his crime and said that the tusks were sold in Nayagarh with help of his three associates.

Sources said that the forest officials had recovered decomposed bodies of two tuskers at Haladiaseni reserve forest under Badamba Range on Feb 11 in 2018. The investigation report revealed that Babuli had poached those elephants for tusks. Since the period, the accused was in the target of the forest department.

This apart, the preliminary investigation said that Babuli has killed more than 20 elephants in past 15 years at different forest ranges in Nayagarh, Boudh and Athagarh area.

Youth arrested for rape bid on pregnant woman in Odisha

Odisha man ‘beaten to death’ on suspicion of…