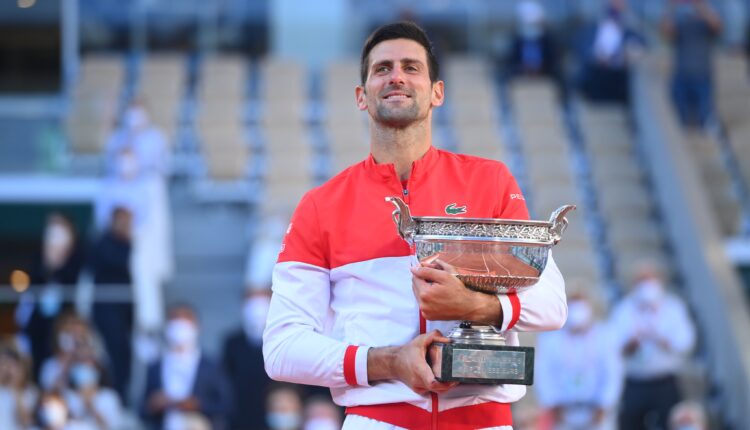 Paris: World No.1 Novak Djokovic on Sunday made an astonishing comeback from being two sets down to beat fifth seed Greek Stefanos Tsitsipas 6-7(6), 2-6, 6-3, 6-2, 6-4 in four hours and 11 minutes and win the French Open title.

It was the top seed Serb’s second French Open title and 19th Grand Slam title in all. With it, Djokovic has become the first man in the Open Era to win all four majors twice.

Exhibiting remarkable temperament, despite losing the first two sets, Djokovic, 34, rallied calmly and won the last three sets against 22-year-old Tsitsipas to walk away with the trophy.

Staging a comeback is not new to Djokovic. Sunday was the sixth time he had rallied from being two sets down, and the first time he has done it in a Grand Slam final.

Djokovic was two sets down against Lorenzo Musetti in the fourth round, and then he defeated 13-time champion Rafael Nadal in the semi-final match that lasted four sets.

Before Djokovic, there have been four players in the Open Era who had rallied from being two sets down in a Roland Garros final. They were: Bjorn Borg (1974), Ivan Lendl (1984), Andre Agassi (1999), and Gaston Gaudio (2004). The only player to achieve this feat at another Grand Slam in the Open Era was Dominic Thiem, who did it at the US Open final last year.

With 19 Grand Slam titles, Djokovic is now just one title short of what his rivals Roger Federer and Nadal have achieved.

Djokovic is the first tennis player to win the Career Grand Slam twice in the Open Era, and is halfway to the calendar year Grand Slam.

Plant-based polymer film material could be alternative to plastic