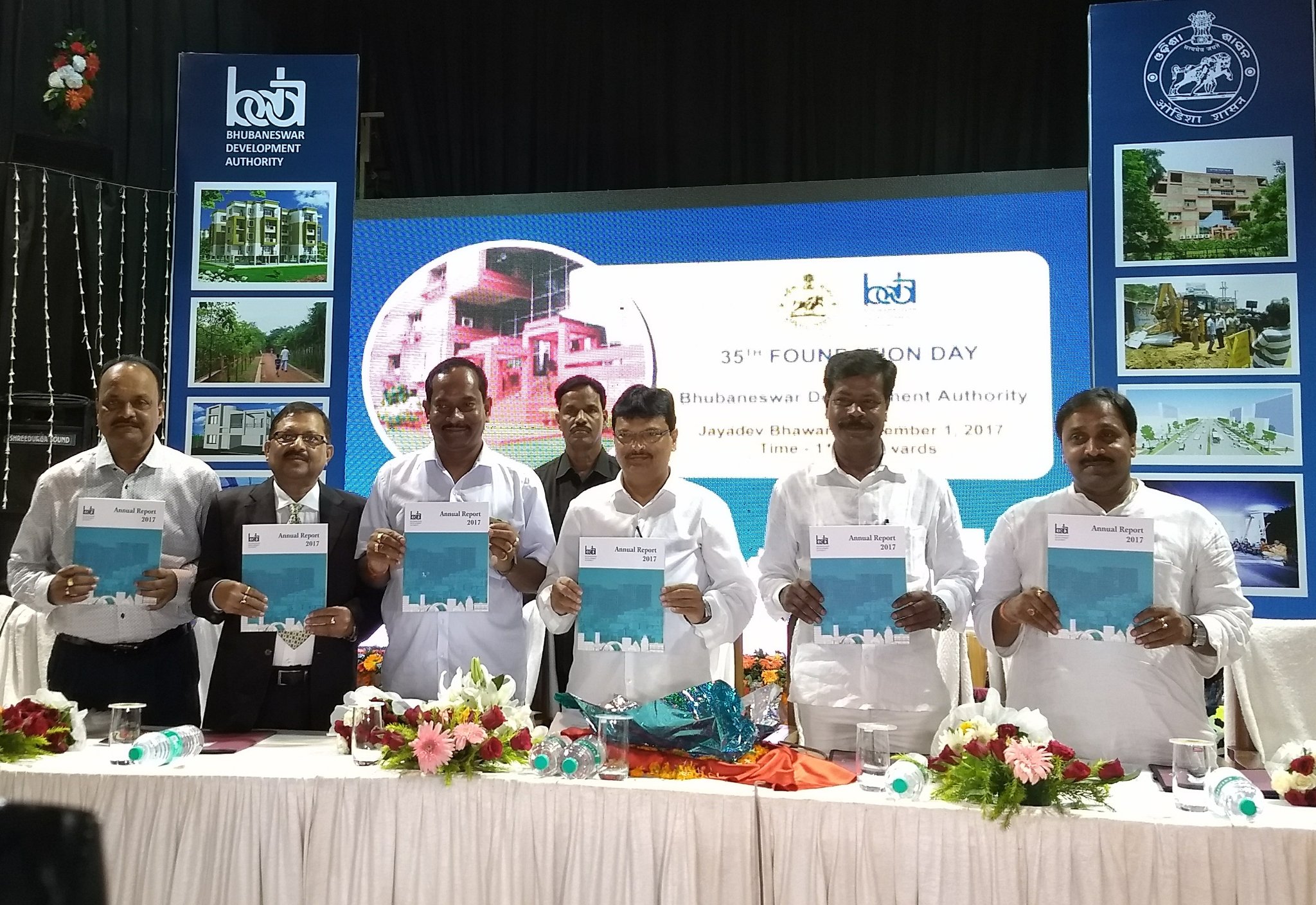 Bhubaneswar: Housing and Urban Development Minister and BDA Chairman Niranjan Pujari today called upon Bhubaneswar Development Authority (BDA) to concentrate on “effective transformation” of the city to a liveable, child-friendly and green city.

On the occasion of 35th Foundation Day of BDA, the minister said that 3T of team work, transparency and technology has already been there in use, BDA should add the fourth T called transformation to its book as it has already proved its worth by coming as the No.1 Smart City proposal in the country.

The Minister also advised the authority to give more emphasis to affordable housing, development of the city in to more peripheral areas or pockets, river front development and building of infrastructure so that in future the Smart City Bhubaneswar can handle a population pressure of around 20 to 25 lakh people.

Reminiscing the good old days in the Temple City, the minister said “the city was once famous for its unique cool breeze, but due to urban development the breeze is no longer felt in the core areas of the State Capital. With more green cover planning by BDA we should try to regain the lost cool breeze in the city. We have to bring back the cool breeze for our future generation.”

He, however, proudly admitted before the august gathering that Bhubaneswar with its present green cover would beat every other city and given a choice of all beautiful cities in the world, he would prefer the former over others.

Speaking on the occasion BMC Mayor Ananta Narayan Jena said BMC-BDA are like two sides of a coin and through the philosophy of “progress through partnership” we can ensure better growth and development of the Temple City.