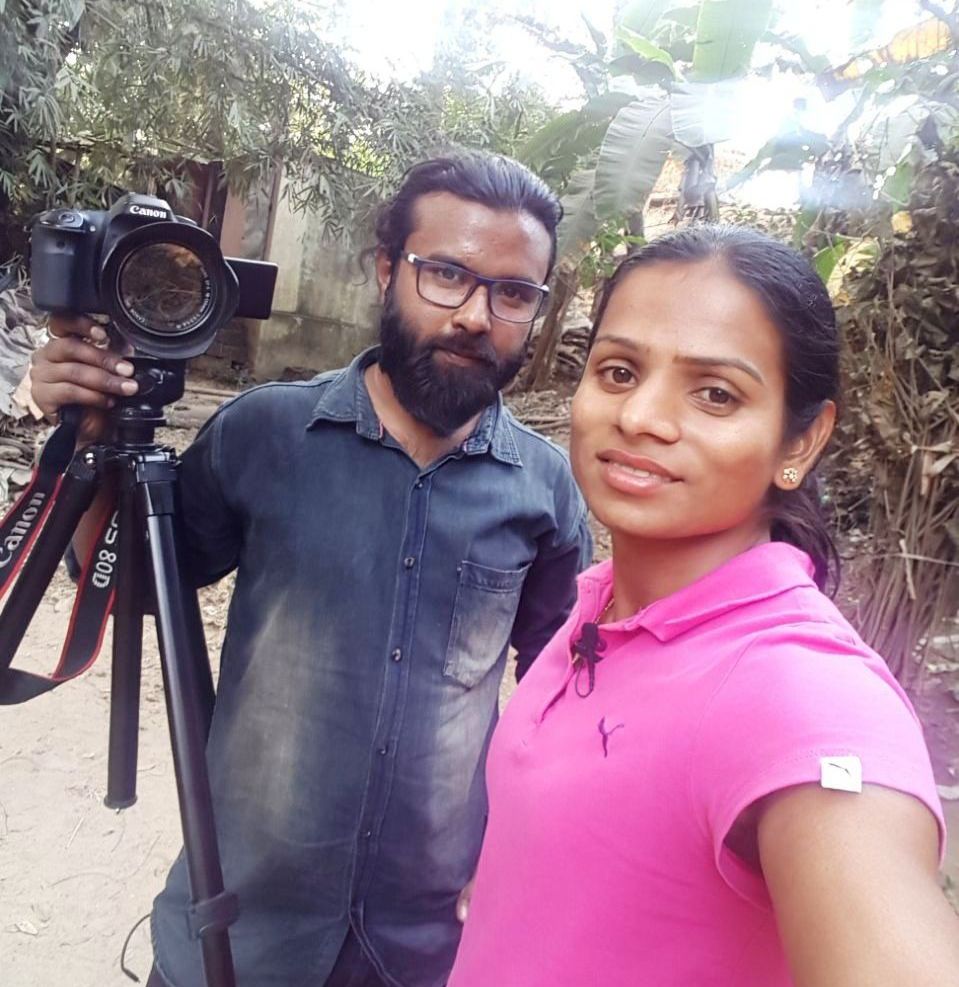 Bhubaneswar: Running on the banks of the Brahmani river during the shoot for a German science channel, Odisha sprinter Dutee Chand could relive the initial years of sweat, blood and tears in her native place, Chaka Gopalpur.

The lens captured her rowing a boat across the river, her training sessions at Kalinga Stadium in Bhubaneswar and life in KIIT, over a period of three days.

“There were almost 20 takes for a shot of me running against the setting sun in my village. I kept running till they got the perfect shot,” she said, laughing out loud.

Unlike other documentaries made on her, Dutee is happy that the German looked beyond the controversies and walked through the lanes and bylanes where she spent her childhood.

“I was happy to see the villagers, who had deserted me while I was fighting the gender case, reposing faith in me again,” she expressed.

The documentary was shot by filmmaker Dirk Gilson from Germany, who was in Odisha from January 31 to February 3 along with journalists Aarju Siddiqi and Rosy Xess.

Bijepur bypoll in Odisha: Naveen among 40 star campaigners for BJD