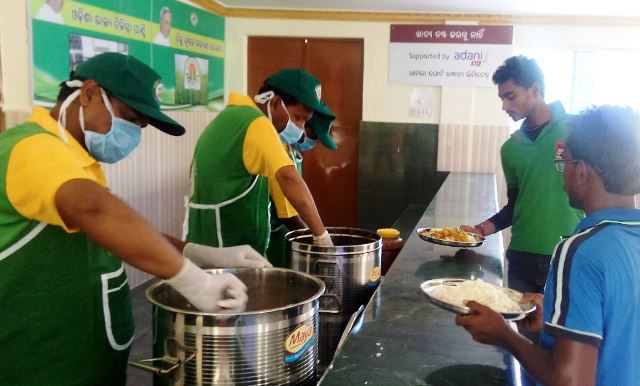 Bhubaneswar: Odisha government has launched a unique initiative where denizens can sponsor food on any day to feed poor and needy people.

“Interested people can donate on occasions like birthdays, marriage and death anniversaries, or any other memorable day through the website. The sponsor can choose any Aahar outlet of his/her choice for the philanthropic activity,” an official said.

Patnaik dedicated these meal centres through video conference at state secretariat today. With this, the scheme covers all 114 municipal areas in the state.

The addition of 38 new centres today takes the tally of food outlets to 157 in which the subsidized food is provided on 56 hospital premises during night too. An estimated one lakh people avail the meal facility at these centres on an average daily.

Notably, the scheme was launched in April 2015 in five Municipal Corporations with 21 centres.

Aahar is a subsidised meal scheme of the state government for the urban poor in the state. The centres provide cooked lunch comprising rice and dalma’ at Rs 5 between 11 am to 3 pm at specific locations.