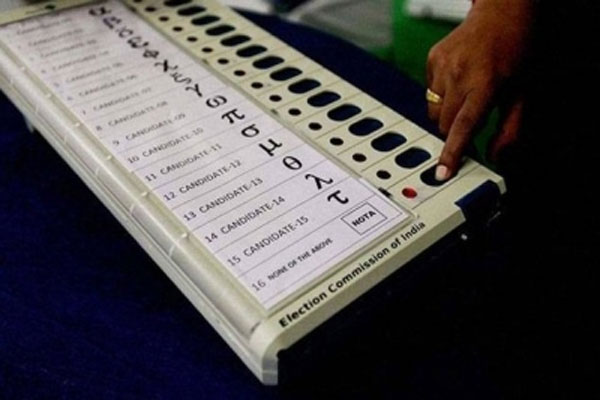 Share
Bhubaneswar: None of the above (NOTA) option will be used for the first time in the upcoming election to the Urban Local Bodies (ULBs) in Odisha.

State Election Commission (SEC), Odisha has issued an order to implement the new provision on Friday.

“The State Election Commission, in exercise of powers vested in it under Article 243-ZA of the Constitution, directs that the option NOTA (none of the above) will be provided to the electors for the general elections to Urban Local Bodies,” read the order.

However, the Election Commission of India (ECI) has provided the option of NOTA to the electors for elections to legislative assemblies and Lok Sabha. So considering that, the SEC has decided to provide the NOTA option to the voters during the ULB poll, official sources said.

Elections for 107 Municipalities/NACs and three Corporations Bhubaneswar, Cuttack and Berhampur are likely to be conducted soon after the Panchayat poll in Odisha. The delimitation of wards, reservation seats and all other formalities required to conduct the ULB election has already been completed.

Recently, the Commission has also enhanced the spending limit of the candidates contesting for the post of Councillors, Corporators, Chairpersons and Mayors in the civic bodies.

Ebola virus can hide in brain, recur even after treatment: Study

[Viral Video] Bride thrashed by family members as she calls…