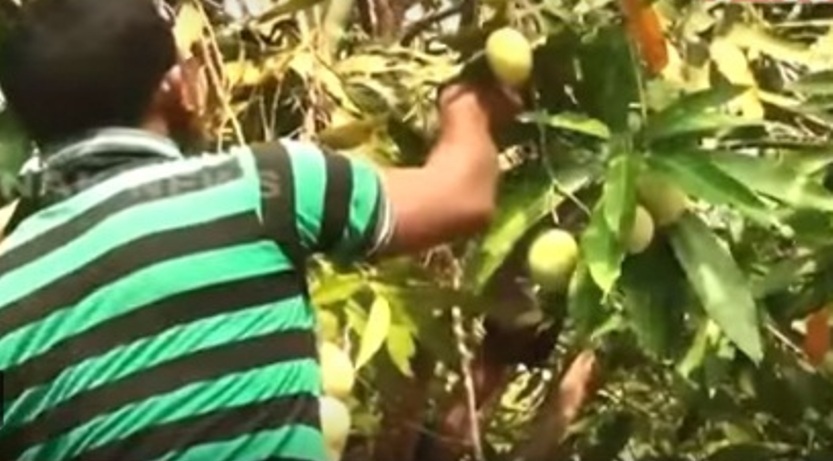 Thanks to Odisha government’s exclusive Agriculture Budget and renaming of the Agriculture Department as the Department of Agriculture and Farmers’ Empowerment nothing has changed, after paddy, tomato, cabbage, and onion it’s now the turn of mango to take the distress sale route in the state.

Inspired by the success of National Bank for Agriculture and Rural Development (NABARD)’s ‘Wadi’ project in Gujarat, tribal farmers of Korukonda block in the state’s remote district of Malkangiri were persuaded to develop mango orchards on hundreds of acres on an experimental basis in 2007 with assistance from NABARD.

This year the farmers have reaped a bumper harvest of the popular varieties of the luscious fruit-Amrapali, Mallika, Dusseri and Baganpalle.

Owing to sheer apathy on part of the government machinery, mango farmers of Korukonda block are forced to distress sell their produce at as low as Rs 5-10 a kg to exploiting traders in the absence of infrastructural facilities like cold store and mandis (market yards) for the perishable item which is selling at nothing less than Rs 40-50 per kg in the market.

Bimal Mahato, a tribal has developed an orchard of the luscious fruit on an acre of land under the ‘Wadi’ project in 2007 and since 2014 has been harvesting about 100 quintals of mango every year. But he is forced to distress sell his produce every year due to lack of proper marketing facilities and cold store to preserve the perishable fruit.

“We are unable to sell our mangoes at proper rates. Since there is no mandi we are forced to sell our produce to traders at rates as low as Rs 5-10 a kg. We don’t have facilities like cold store to hold our stocks. Had the government taken some steps we could have fetched proper rates for our mangoes and earned a little more,” said Bimal.

“The farmers were provided with assistance from NABARD through Sahid Laxman Nayak Development Society (SLNDS) for five years for saplings, fertilizers, pesticides, inter-crop, soil conservation, upkeep, and irrigation. Now they are reaping a bumper harvest. We are examining allegations of distress sale. We will try for some kind of intervention so that farmers are not forced to distress sell,” said Bhaskar Behera, Chief Functionary SLNDS.

Over 1000 mango farmers in Malkangiri district have been affected by distress sale of the luscious fruit.