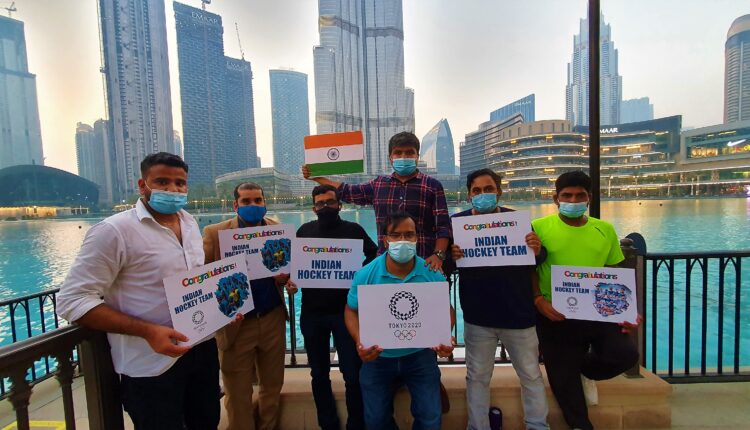 Bhubaneswar: While entire country jumped for joy at historic victory of Indian Men’s Hockey Team in the Bronze medal match at Tokyo Olympic Games, the Non-Resident Indians celebrated the emotional moment in Dubai.

It was an emotional moment, particularly for a generation which had heard great stories of India’s hockey exploits but in reality, had only seen the game’s decline.

India clinched medal after a gap of over four decades. It’s thrilling 5-4 victory against strong team like Germany at the bronze medal match was the biggest moment for all Indians across globe.

This medal has white-washed over four-decades of disappointment and dejection that the admirers of this sport have faced. Probably this is the reason why there has been an outpouring of emotions after this excellent and hard-fought victory, expressed the Indians living in Dubai. 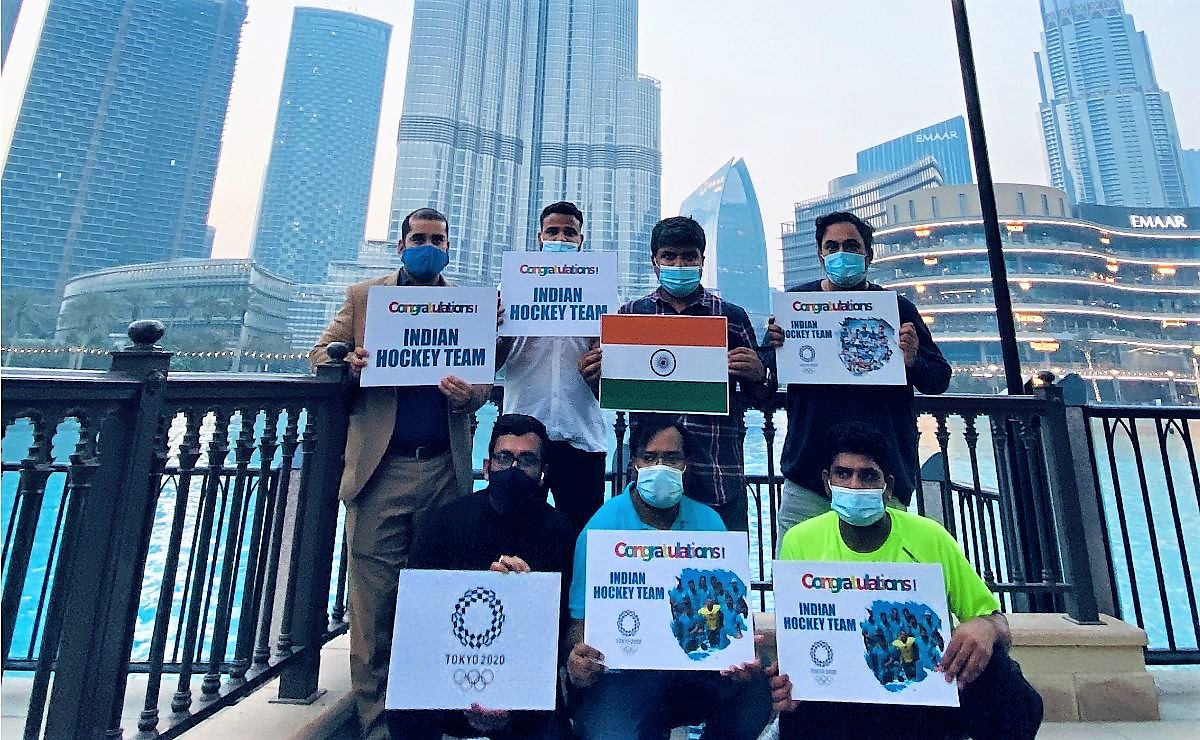 Holding the Indian Flag, placards and sharing sweets with each other, the group of NRIs symbolically celebrated this huge success. They obviously didn’t want to miss out on this once in a lifetime opportunity.

They said that they wanted to send out a symbolic but highly significant message to all the people back home – that Non-Resident Indians across the globe share the joy of this magical moment and would like to express their appreciation to the Indian Hockey Team, the coach and the entire Indian Hockey Fraternity for providing such an incredible moment of celebration, after a long wait of 41 years.

Priyadarshee Panigrahi, who is the General Manager of the Dubai-based FMCG company, and was part of the celebrations said, “This was the moment he and his generation have been dreaming of.”

A podium finish after 41 years is an emotional moment and he hoped that this would lead to a rebirth of the game in India.

“It was very apt to celebrate such a momentous victory at an iconic venue – Burj Khalifa,” said Imdad Mohammed, an insurance industry professional.

Another reveller Dev Mishra, who is an IT professional, said, “This is a moment to thank the Indian Team and congratulate them for the joy that have brought to all the Indians.”

Most of the NRIs part of the celebration at Burj Khalifa were from Odisha. They praised Odisha Government for its continuous support to hockey in India.

Odisha has sponsored the national men’s and women’s hockey teams since 2018. Over the years, the State has produced many national-level hockey players. With the historic victory at Olympics, the revellers in Dubai hailed Odisha Government led by Chief Minister Naveen Patnaik for its generous patronage of hockey.