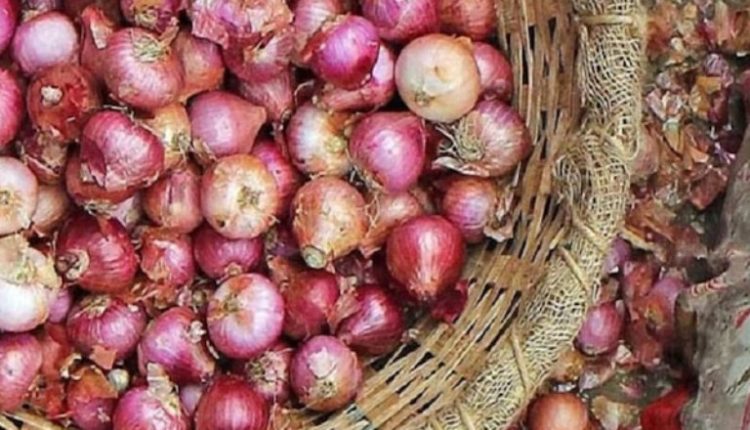 Bhubaneswar: Activists of NSUI, the students’ wing of the Congress, on Tuesday staged a protest outside the residence of Odisha Food Supplies and Consumer Welfare Minister R P Swain here over price rise of onions.

The National Students Union of India (NSUI) activists held the state government responsible for failing to regulate the price of the vegetable in the state.

“The state government has failed to regulate the onion price and is instead attempting to project it as a national issue,” NSUI General Secretary Rajiv Pattnaik said.

A kilogram of onion is being sold at Rs 130 in Balasore, Rs 120 in Bhubaneswar, Cuttack and Jagatsinghpur and Rs 110 in Rayagada areas of the state.

NSUI said some of their agitating activists were detained by the police.

Meanwhile, Swain told reporters here that there has been an acute shortage of onions across the country due to unseasonal rain this year, however, assuring that the situation will improve over the next three weeks.

“The farmers in Nasik district of Maharashtra produced an average of three tonne onion per acre which has come down to 15 quintals this year due to unseasonal rain. The price of onion has gone up due to this in all states including Odisha,” Swain said.

He said while Odisha imported at least 50 truckloads of onion every day from Nashik, not a single truck from that area has arrived in the state this season.

Swain, however, assured that the situation will improve once the new crop enters the market, admitting that Odisha has not been able to achieve self-sufficiency in onion production.

Odisha: Boy dies after being hit by truck, locals torch the vehicle