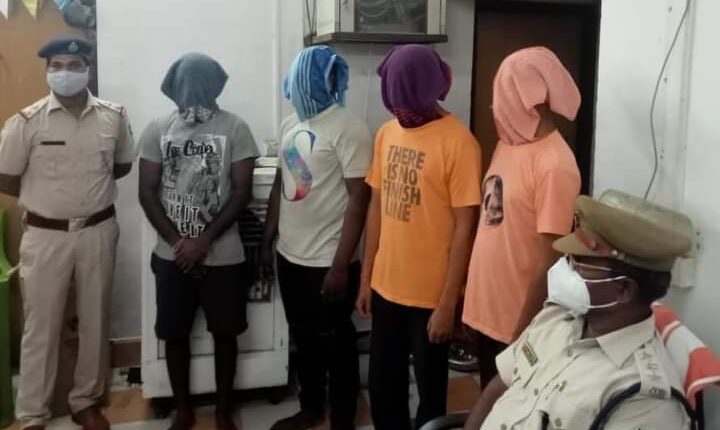 Bhubaneswar:  The Nuapada police has cracked the murder case of a dhaba owner of Duajhar village under Khariar police limits and arrested four persons, including her son-in-law and brother in this connection.

Briefing mediapersons, Nuapada SP Pratyush Diwaker today informed that deceased Basanti Meher’s son-in-law and elder brother had hatched a conspiracy, a month back, to eliminate her over family dispute. They had hired two supari killers from Burla area for the purpose and settled a deal of Rs 6 lakh with them.

As per the deal, the two main accused had given Rs 2 lakh to the supari killers in advance. On July 31 night, the two supari killers came on a motorcycle with a country-made gun and stopped by the dhaba. They later went inside and asked Basanti for food. When she refused to offer them food,  the two opened fire at her before fleeing the spot.

She later died undergoing treatment at a hospital in Khariar.

Acting on a complaint, police began an investigation. Later, the cops arrested all of them and seized Rs 90,000 cash, two motorcycles and four mobile phones from them. Further investigation is underway, said Khariar SDPO Santak Jena

Instagram to filter offensive comments, abuses with this new tool