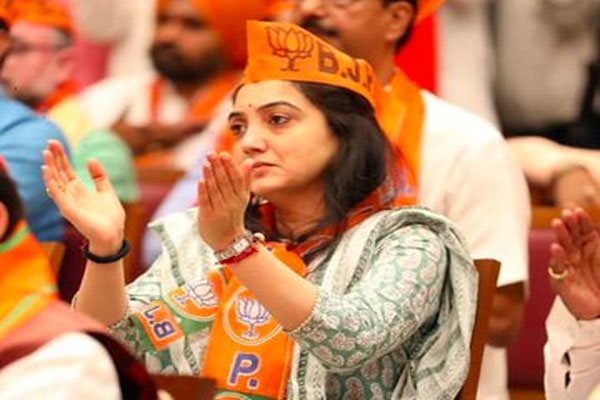 New Delhi: Al-Qaeda in Indian Subcontinent (AQIS) has issued a chilling warning of carrying out ‘suicide bombings’ in Delhi, Mumbai, Uttar Pradesh and Gujarat in a bid to take avenge of the insult to the Prophet Mohammed.

“The saffron terrorists should now await their end in Delhi, Bombay, UP and Gujarat. They should find refuge neither in their homes nor in their fortified army cantonments,” a threat letter by the AQIS read.

It said that the “hearts of Muslims all over the world are bleeding” and are filled with feelings of revenge and retribution.

Former Bharatiya Janata Party spokesperson Nupur Sharma had allegedly made controversial remarks against Prophet Mohammed following which she was suspended by the party.

The controversial statement made by Nupur Sharma set off an international furore. Several Muslim nations, including Afghanistan, Pakistan, Saudi Arabia, the UAE, Qatar, Kuwait, Bahrain, Indonesia and Iran, as well as the Organisation of Islamic Cooperation have officially protested their statements and demanded an apology.

However, the chilling threat issued by AQIS has alerted the security agencies in the country.

The letter also mentioned Ghazwa-e-Hind — the battle for India — in which they said victory of Muslims in the country.

“At the same time, we bring tidings of death and destruction to the rulers of India, of executions and hangings, of imprisonment and being bound with chains,” read the letter.

Meanwhile, suspended BJP spokesperson Nupur Sharma was provided security by the Delhi Police in the wake of death threats she has received over her controversial remarks.

She had lodged a complaint with the Delhi Police on May 27 alleging that she has been receiving death threats and target hatred against her.

Based on this complaint, an FIR was registered under sections 506 (Punishment for criminal intimidation), 507 (Criminal intimidation by an anonymous communication) and 509 (Word, gesture or act intended to insult the modesty of a woman) of the Indian Penal Code at the Special Cell police station against unidentified people.

However, during the probe, Sharma, yet again lodged a complaint against certain persons regarding promoting enmity.

“After examining the said complaint, section 153 (Promoting enmity between different groups on grounds of religion, race, place of birth, residence, language, etc., and doing acts prejudicial to maintenance of harmony) of the IPC was added in this case,” Delhi Police spokesperson Suman Nalwa said.