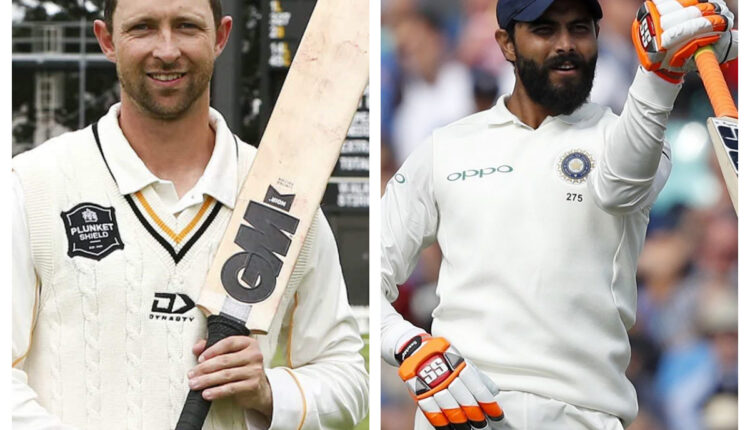 New Delhi: New Zealand batter Devon Conway’s Wellington coach, Glenn Pocknall, fells his ward has an “amazing ability to take out all distraction that could affect his skills” when he is at the crease, and that initially he saw a glimpse of India all-rounder Ravindra Jadeja in the cricketer.

Born in Johannesburg but playing cricket for New Zealand, Conway smashed a double century in the first innings against England in the drawn opening Test at Lord’s to etch his name in the history books by becoming only the sixth cricketer overall to score a double-ton on Test debut.

Conway, who is days short of 30th birthday, hit 200 off 347 deliveries to become the first double-centurion to do so against England in the Test that concluded on June 6.

Conway moved to New Zealand in 2017 and got a contract with Wellington for the 2018/19 season, emerging the highest run-getter in the Plunkett Shield the same year.

“He (Conway) has an amazing ability to just bat and take out any possible distractions that may be present and could affect his skills,” Conway’s Wellington coach, Glenn Pocknall, told timesofindia.com.

“He started with Wellington as a wicketkeeper-batsman as we saw an opportunity there for him. I saw a glimpse of (Ravindra) Jadeja in Conway. Originally, I said Jadeja but I’m not sure anymore.

“He has shown he can shift gears depending on the situation and what the conditions are. This is a great skill to have and shows that his mental application and ability to adapt are brilliant. He is now starting to have his own style and uniqueness as a player,” felt Pocknall.