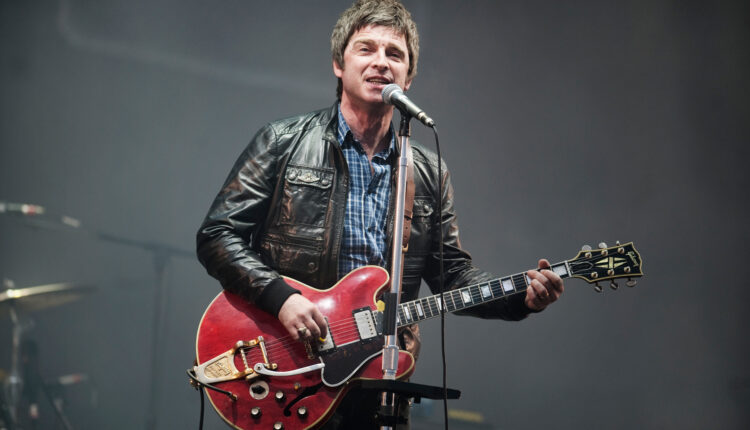 Los Angeles: Oasis legend Noel Gallagher is eyeing a career-change as a window cleaner as he sees the job as a “noble” occupation.

The rocker was forced to tend to his own windows after his regular cleaner tested positive for Covid, meaning he had to tackle the seven-bedroom country property all by himself, reports aceshowbiz.com.

But stepping out with a cloth and bucket was surprisingly enjoyable for the ‘Wonderwall’ hitmaker, who wants to set up his own window cleaning business called ‘Wash The Story?’ – inspired by the group’s classic album ‘(What’s the Story) Morning Glory?’.

“I did the ground floor windows, I’ve got a stepladder, and I got right into it and I’ve f**king done most of the house now,” he says, reported Britain’s the Daily Star newspaper.

He added: “I went out and bought a proper ladder – an extendable one that goes up three floors – and I’ve been up there washing the f**king windows.”

“I’ve got a bucket and all that and the leathers and the f**king squeegee, a hose pipe.”

He added: “Maybe I could start (doing it for other people) like a little online cottage industry. I could get a little van, with the ladders on the top. My driver Alan could drive it and on the side I could call it ‘Wash The Story?.’ That’s a f**king good name. I should patent that.”

The rocker said he felt nervous going to the top floor of the building at first, but once he conquered his apprehensions he found the task to be “all right.”

He said: “The view is great from up the ladder. Where we live is on a hill so you can see down into the Meon Valley. I was thinking to myself: ‘What a noble job the window cleaner is.'”

Odisha Police arrests one with elephant tusk in Bargarh

Centre brings in ordinances to extend tenures of CBI, ED chiefs up to 5 years