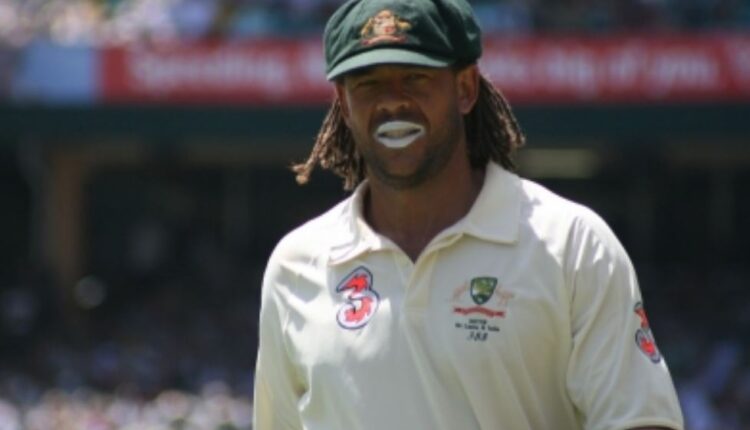 In a ridiculously talented Australian team of 2000s, Andrew Symonds was a standout all-rounder. He was a mercurial but impactful cricketer for Australia whose performances always changed the course of the game, like they did in 2003 Word cup opener against Pakistan at Johannesburg. With Australia struggling 85 for 4, Symonds hammered a match winning innings of 143 in 125 balls against the very best of Pakistani bowling of Wasim Akram, Waqar Yunis, Shoaib Aktar and Shahid Afridi. By doing so he repaid the faith of skipper Ricky Ponting who had lobbied hard for selecting Symonds over Steve Waugh. The Chief selector Trevor Hohns had said: “Symonds offers variety and match-winning potential. His fielding alone makes him standout. As a batsman he can score at a rapid rate and has the ability to change the course of the game”. Apart from his blazing opening knock, he also played a match winning 91 in the semi-final of 2003 World cup against Sri Lanka.

As a fielder, he would be remembered for the magical run out of Robin Uthappa in 2007 World T20 semi-final at Durban. Robin had driven firmly in the cover region and the ball burst through the strong and large hands of Symonds. Watching this slip, Robin started to take a run. Little realising that Symonds will sprint back and strike the stumps when Gilchrist, the wicket kipper was 20 yards away. Gilchrist said: “Ray will hit, why bother. Ricky Ponting believes he was the best fielder he has seen; so does Johnty Rodes. With an imposing figure and larger than life outlook Symonds was much more than number in statistical books. He wore Rastafarian dreadlocks, zinc cream on the lips along with an intimidating swagger. In an increasingly professional sporting world, he had the spirit of an amateur bohemian. His undying romance for fishing caused him to turn up drunk for matches and miss team meetings. Like Shane Warne, who was dropped for the 2003 WC for failing a drug test, he was packed off home in 2009 World T20 for breaking a no drinking contract.

However, the unsavoury episode for which he will be remembered is when he accused Harbhajan Singh for using racist term of monkey, when he tried to confront him over touching fellow Australian bowler Brett Lee in the Sydney Test in January 2008. The Monkey Gate scandal snowballed into a rift between the Indian and Australian cricket board. The prelude to this was when the Australian team came to India in 2007, when he was the lone non-white, bold and belligerent. The crowds chanted Monkey, Monkey at Nagpur & Mumbai. Harbhajan seemed to be part of the chorus. Mike Proctor, who was the match referee writes in his book ‘Caught in the Middle’ that Tendulkar’s role was very disappointing as he deposed before an enquiry saying Harbhajan said: Teri Maa Ki **** which was heard by Symonds as Monkey. The enquiry proved inconclusive as the stump microphone evidence was snuffed out. Both Ponting and Gilchrist in their autobiographies have also expressed disappointment over the role played by Tendulkar. Interestingly, Chetan Chauhan, the manager of the Indian team told the enquiry committee that Ponting wanted Harbhajan to be dropped as he was his bunny!

Symonds in an interview in 2018 confided that that the Monkey Gate Scandal was responsible for his downhill journey, when he started drinking heavily. He joined Mumbai Indians in 2011, when Harbhajan was his team mate. The rancour seemed to dissipate. One recalls how Tony Greig before the 1976 series against West Indies made an unfortunate remark that he will make them grovel. The full fury of West Indians’ fast bowling and Viv Richards’s blistering batting literally blackwashed the English men. Symonds acted briefly in the film Patiala House. He was part of India’s Reality show Big Boss. One of his parents at birth was of African-Caribbean background and the other of Scandinavian descent. He was adapted by Australian parents and was noticed when he hit 16 sixes against Glamorgan as a 20-year-old. But he never forgot his parentage. The shenanigan of Hindi expletive camouflaging racist remark of monkey never jelled with Symonds. In his pomp he pulled in crowds, inspired children to copy his swagger and always stood by the teammates. Since he loved fishing, the Australians put fishing rods and cricket balls in front of their houses, as a tribute to great son of Australia who perished in a car crash in Queensland, late Saturday. Just 46, he leaves behind a stunned sporting firmament, which is yet to come to terms with the earlier demise of Rodney Marsh and Shane Warne.

*Prof. Misra is a cricket aficionado. He can be reached through e-mail at [email protected]