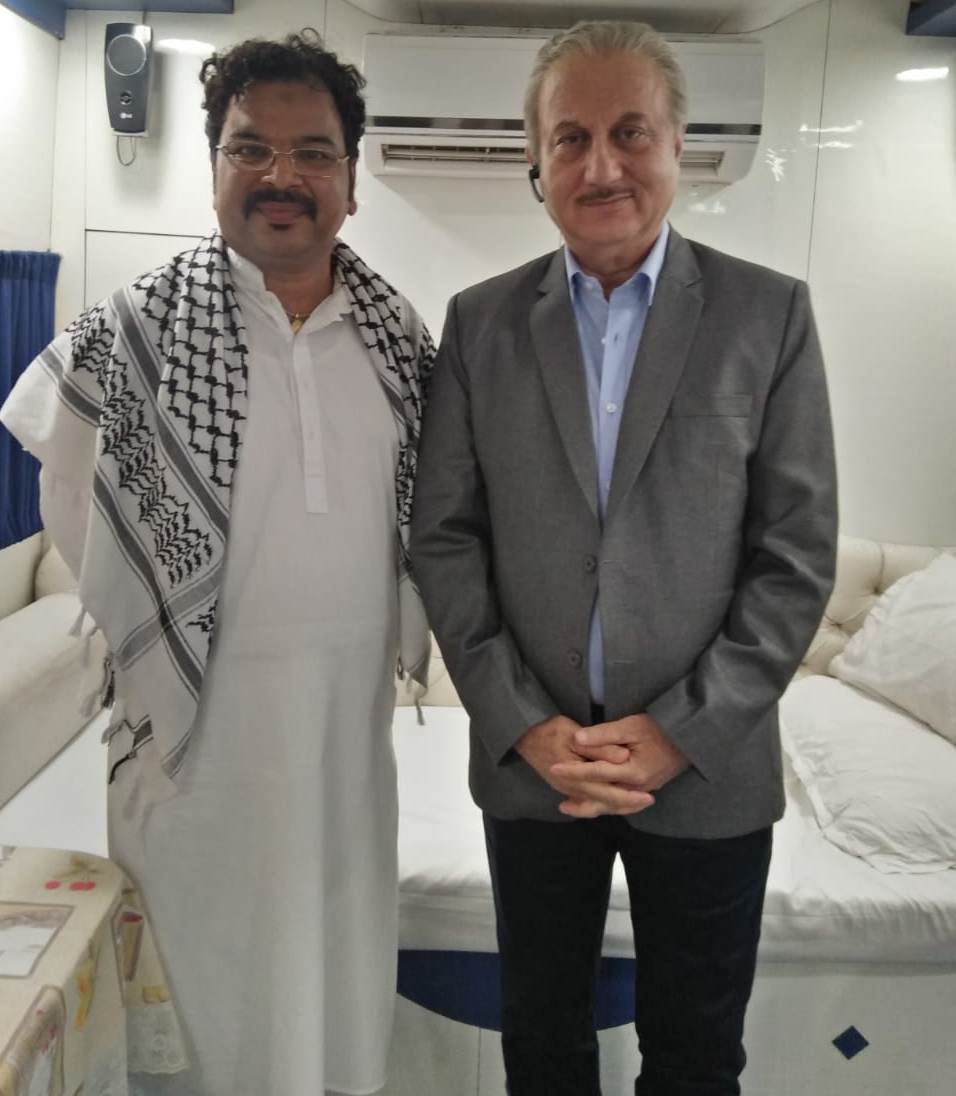 Bhubaneswar: Popular Odia actor Jeebananada Panda, known as Jeeban Panda is all set to make his Bollywood debut with a crime-drama titled ‘One Day’, where he will share screen space with Anupam Kher and Zareen Khan among others.

Panda, who has carved a niche for himself in the Odia film and TV industry for portraying comic characters, is playing a very serious role in the upcoming film.

“I am essaying a Muslim man who has a hotel in Ranchi and the story revolves around me and my friend, another hotelier from Kolkata,” said the actor.

He further said: “My role in the film is a 360 degree change from what I used to play in various films and TV serials in Odisha. This is a tough act but I love to experiment and palying challenging characters.”

The Bhubaneswar-based actor has completed shooting his part in Ranchi and Mumbai which according to him taught him various new things like the working style of Bollywood filmmakers and actors.

When asked how he landed up the Bollywood film, Panda said: “It was a sheer luck and surprise”.

“One day I got a call from the director himself asking me whether I will be interested playing a part in his upcoming film. Then I was asked to send some pictures and a video clip which finally helped them to select me for the part,” he revealed.

The director said I can look like a genuine Muslim man after make-up which according to him is big plus and my ability to speak fluent English, the actor added.

Panda, the son of late veteran actor Radha Panda (from 1967-1987), has acted in over hundered films and thirty TV serials in Odia, Bengali and other languages. He has a sizeable fan following and had the audience in splits with his impeccable comic timing.

Having stepped into movies with the role of a transgender in Panchu Pandava in 1989, Panda went on winning many awards such as Chalachitra Jagat Awards for odia films ‘Sanju Aau Sanjana’, ‘Abhimanyu’ and ‘Pilata Bigidigala’. His first Bengali film is ‘Sandhyare Alok’.

The film, which also stars Anupam Kher, Zareen Khan, Mahi Gill, Zarina Wahab and Manoj Mishra among others, is being directed by Ashok Nanda and will release later this year.