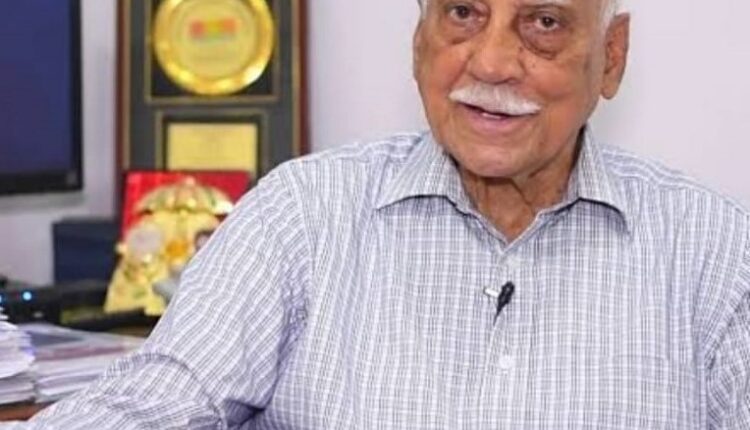 The former Army officer breathed his last at age of 88. His body will be taken to his residence at Chandini Chowk in Cuttack city.

The veteran Army officer Major General BK Mahapatra was commissioned into armoured corps (Tanks) of Indian Army as the Combat Officer. He served the Indian Army for four decades. During his 40 years of career in defence, he had held many key posts.

During his 40 years of career in defence, Mahapatra had held many key posts. He had taken part in four wars — 1961 Goa Liberation, 1962 Indo-China war, 1965 fierce Patton Tank battle in Khemkaran of Punjab against Pakistan and 1971 India-Pakistan war. In the battle against Pakistan in the year 1971, his troop had captured a large territory in Mumdot Bulge and Sehjra of the neighbouring country.

Acknowledging his contribution, the President of India had conferred the most prestigious Ati Vishisht Seva Medal (AVSM) on Major General Mahapatra. After his superannuation from Defence services, he was managing the reputed educational institutions including Bharatiya Vidya Bhavan Centre for Communication and Management (BCCM), Bhubanaswar; four DAV Public Schools in Cuttack and Tangi.

Besides, Major General BK Mahapatra was the President of India’s nominee in Executive Council of Allahabad University (Central University) and visiting Professor in University of Lucknow, University of Allahabad and Banaras Hindu University. He was the Vice President of Think Tank Foundation, Odisha, Chief Advisor to Swabhiman – an organisation for Divyangs. He was associated with many orphanages and old age homes in the State.

Elderly people to get COVID jab from March 1 in Odisha