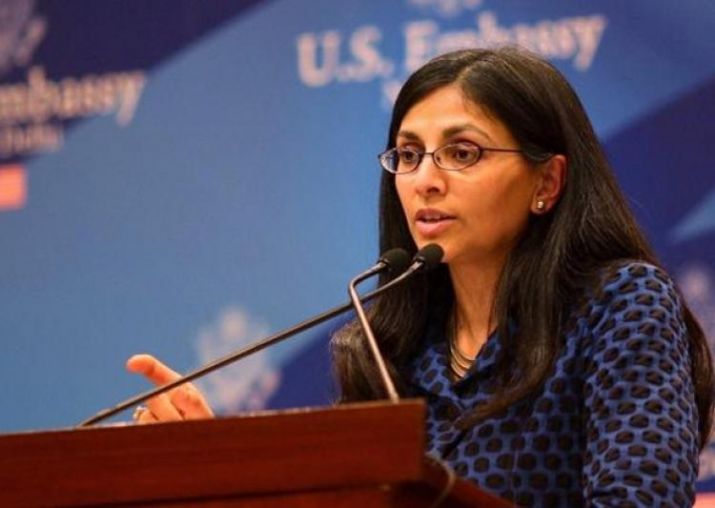 Washington/Bhubaneswar: The U.S. Chamber of Commerce earlier this week announced Nisha Desai Biswal’s appointment as the new President of the U.S.-India Business Council.

“We are thrilled to welcome Nisha Biswal to the U.S.-India Business Council and to the U.S. Chamber team,” said Myron Brilliant, U.S. Chamber executive vice president and head of International Affairs on Tuesday.

“She is a driven, visionary leader who has a strong record of advancing United States business across the growth markets of Asia and throughout India. Under her strong leadership, we’re confident the U.S.-India Business Council will play a critical role growing commercial partnership, investment, and innovation across the world’s oldest and largest democracies,” she added.

Biswal served as Assistant Secretary for South and Central Asian Affairs in the U.S. Department of State from 2013 to 2017, where she oversaw the U.S.-India strategic partnership during a period of unprecedented cooperation, including launching the U.S.-India Strategic and Commercial Dialogue. In recognition of her efforts, Biswal was awarded the prestigious Samman Award by the President of India in January 2017. She previously served as Assistant Administrator for Asia at the U.S. Agency for International Development (USAID). Biswal also spent over ten years on Capitol Hill, serving as staff director on the State, Foreign Operations Appropriations Subcommittee and the Foreign Affairs Committee in the House of Representatives. ‎

Most recently, she was a senior advisor with the Albright Stonebridge Group, where she helped expand the firm’s India and South Asia practice.

“I am honored and excited by the opportunity to lead the U.S.-India Business Council and to join the leadership of the U.S. Chamber of Commerce during a period of historic opportunity for both countries,” said Biswal.

“As one of the most significant and fastest growing markets, India is an important economic partner for the United States. Likewise, Indian companies are investing in ever greater numbers here in the United States. I am proud to be part of an organization which will play such a critical role shaping U.S.-India relations, and I am thrilled at the chance to help our companies deliver a brighter, more prosperous future for the citizens of the United States and India.”

Biswal has served on the board of the U.S. Global Leadership Coalition, and is a current member of the U.S. Institute of Peace International Advisory Council and the Institute for Sustainable Communities Board of Directors.

“UPS applauds Nisha being named as the new president of the U.S.-India Business Council,” said Jim Barber, president of UPS International. “At this critical time, she will bring dynamic leadership and well-established economic expertise to the mission of improving the U.S.-India relationship.”

Formed in 1975 at the request of the U.S. and Indian governments, the U.S.-India Business Council is the premier business advocacy organization, comprised of 350 top-tier U.S. and Indian companies advancing U.S.-India commercial ties. USIBC is the largest bilateral trade association in the United States, with liaison presence in New York, Silicon Valley, and New Delhi.

The U.S. Chamber of Commerce is the world’s largest business federation representing the interests of more than 3 million businesses of all sizes, sectors, and regions, as well as state and local chambers and industry associations. Its International Affairs division includes more than 70 regional and policy experts and 25 country- and region-specific business councils and initiatives. The U.S. Chamber also works closely with 117 American Chambers of Commerce abroad.

Notably, Nisha is married to Subrat Biswal whose parents hail from Angul in Odisha. Subrat’s parents Nilambar and Anu Biswal had migrated to the U.S. long ago and have settled there.

My father used to sexually abuse me, says girl ‘kidnapped’ from Odisha