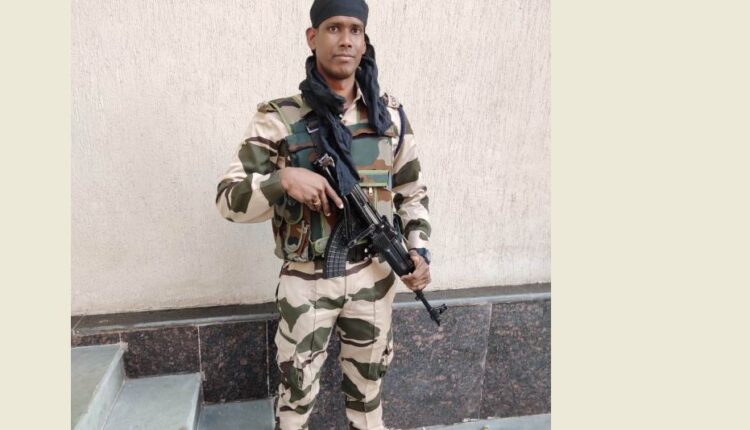 New Delhi/Bhubaneswar: Naba Kishore Nayak, an Odia jawan of the Central Industrial Security Force (CISF) has become examples for many. With his wits and professionalism Nayak has won the hearts of people.

On August 3, 2021, a woman commuter fell into the track of the Delhi Metro leading to critical injuries to her left leg. After falling into the metro train track, the woman’s dress was torn.

Nayak along with two other CISF jawans who were on-duty at the Metro station in Delhi rescued the woman and brought her in a stretcher to the platform. He also put his shirt on the critically injured woman commuter to hide her modesty.

Acknowledging the professionalism of Nayak and his two colleagues, the Inspector General of CISF, Dayal Gangwar felicitated the three jawans at his office.