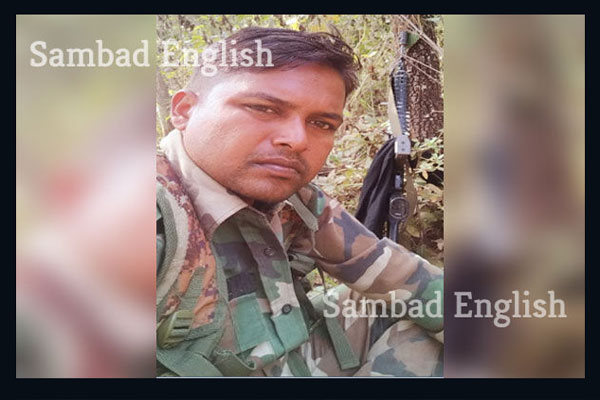 Bhubaneswar: An Odia jawan was reportedly among the 22 security personnel martyred in the encounter with Maoists on Saturday in Sukma-Bijapur border area in Chhattisgarh.

The deceased Odia jawan, Subash Nayak was hailing from Koksara block in Kalahandi district. He was working as a Constable with DRG battalion, said official sources.

Nayak is survived by wife, two daughters and one son.

Worth mentioning, a total of 22 jawans were martyred and one Cobra jawan went missing during the encounter with Maoists on Saturday. Even though the security personnel launched search operations to trace the missing Cobra jawan, they are yet to achieve any lead.

Yesterday, CPI(Maoists) organization claimed the missing Cobra jawan has been taken hostage for past three days.

As many as 31 jawans were injured in the incident and have been undergoing treatment at the hospital.