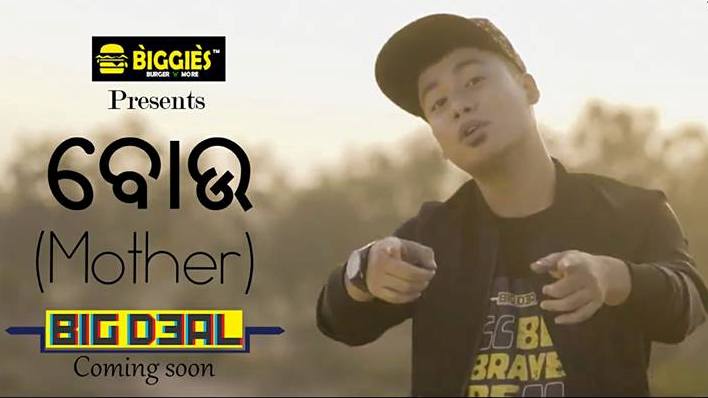 Bhubaneswar: Odisha rapper Samir Rishu Mohanty is all set to release his next music video. A tribute to all mothers, this rap video sung entirely in Odia and titled ‘Bou’ is a project close to the heart of this Puri-born lad popularly known as Big Deal.

We caught up with Samir as he released a sneak peek of this project on YouTube today and he said, “The response of Odias towards my last single ‘Mu Heli Odia’ has been overwhelming. I have been working on ‘Bou’ for the last four months now and I am confident that the people of Odisha will like it.”

Slated for release on Feb 9, this 4-minute long video has been entirely shot in Bengaluru.

Samir’s work went viral after rapping two lines in Odia in his single One Kid With A Dream in January last year and caught the attention of netizens of Odisha. He has been performing since last three years and has an impressive record of performing with renowned rap artist Blaaze (in MTV Sync) and Hard Kaur (for the American cable television network Vh1). He has also worked with Sneha Khanwalker and sung Bach Ke Bakshy in the Sushant Singh Rajput starrer Detective Byomkesh Bakshy.

His last rap video ‘Mu Heli Odia’, where he talks about everything quintessentially Odia (from Lord Jagannath to Madhubabu and from pakhala to rasagolla), garnered major response on all social media platforms with its catchy hook line.

Facebook may soon tell if you are rich or poor