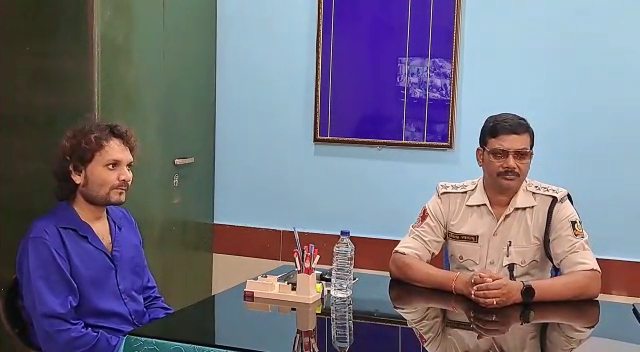 Cuttack: Popular Ollywood singer Humane Sagar accused of harassing his wife mentally and physically appeared before the Mahila Police here in the city.

According to reports, based on the allegations leveled by the artiste’s wife Shriya Mishra, the couple was summoned by police for appearance for counselling in domestic violence case.

However, Sagar stated that he was unaware of the allegations against him.

“I heard about the allegations following which I came here for discussion with the police. Let me talk to the IIC regarding the case,” Sagar told reporters after reaching the Mahila Police Station in Cuttack.

Even his lawyer also hesitated to reveal anything about the allegations against the Ollywood playback singer.

“When the IIC had called Humane Sagar for appearance at the police station yesterday, he was in Kalahandi for a programme. He is cooperating with the police. Let him come out of the police station and then he will reveal about the case,” informed Sagar’s lawyer Satya Ranjan Mulia.

On Wednesday, Shriya had made a complaint with the Commissionerate Police alleging physical and mental torture against her husband Humane Sager.

She alleged Sagar of neglecting her for a past few months. Taking serious note of the complaint, Cuttack DCP Pinak Mishra directed the Mahila Police for probe into the allegations.